Are Bibles Allowed In Prisons? 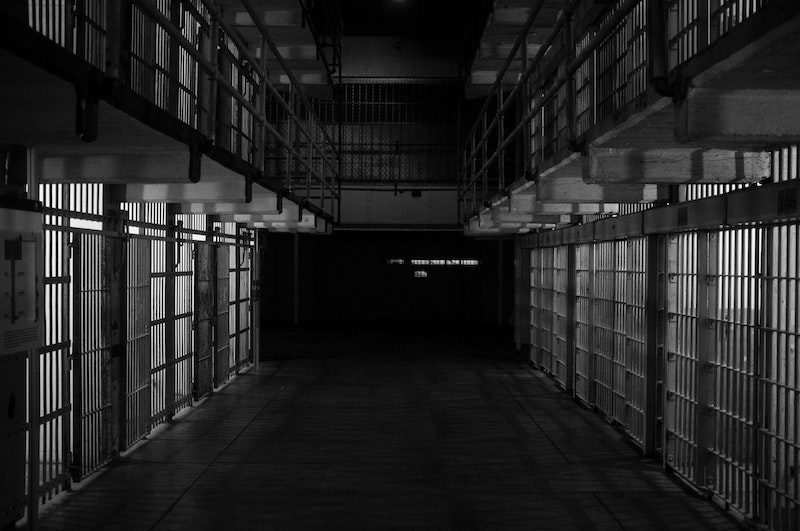 29 Dec Are Bibles Allowed In Prisons?

Posted at 16:09h in Knowing Your Rights by LibertyJusticeHQ 0 Comments
0 Likes
Share

Many people turn to religion when they are facing hardship. Whether as a source of stability or comfort or because they are seeking to change their ways, religion can provide a solid foundation during troubled times. One time when individuals are exceptionally open to the idea of religion is when they are in prison.

As Christians, it is our calling and responsibility to share the love of Christ and the promise of salvation with anyone willing to listen, regardless of their background. Prison ministry can be an incredibly effective way to transform not only the lives of inmates but also the communities to which they will return.

Are Bibles allowed in prisons? Generally speaking, yes. Bibles are allowed in prisons. However, inmates are not allowed to bring their personal Bible to prison with them. If they wish to obtain a Bible or other religious materials, they can do so through the chaplain or, in some cases, the prison library. Alternatively, some jails and prisons allow family members, friends, and strangers to send Bibles to inmates directly through the publisher.

As Americans, it is our responsibility and calling to protect the religious freedoms of those within our nation’s prison system. By standing up for their religious freedoms and liberties, we can play a small role in their journey towards salvation. In this post, we will share more about the many stipulations surrounding Bibles in prisons. We will also discuss the religious rights and freedoms of inmates.

Everything You Need to Know About Bibles in Prisons

We have heard countless stories of inmates coming to salvation as the result of reading a Bible while in prison. With so much downtime and solitude, many individuals find themselves with nowhere else to turn. Unfortunately, many prisons attempt to restrict their inmate’s religious freedoms.

Regardless of your views on the justice system and subsequent prison system in our country today, it is important to understand the religious rights that inmates have while they are incarcerated. As Christians, we must stand up for our beliefs. We believe that the Bible can change lives and, in most cases, there are no lives that need changing more than those that find themselves behind bars.

Although we may not all be called to actively participate in prison ministry, it is still important that we educate ourselves on this topic and assist those who have been called in this way. Let’s take a closer look at the topic of Bibles in prisons.

Are Inmates Allowed to Bring Their Bible to Prison? 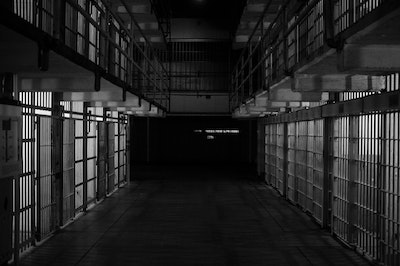 While rules and regulations vary depending on the prison, inmates are generally not allowed to bring any personal property with them. County jails may allow an inmate to bring their personal Bible with them while they are detained. However, if the individual is transferred to a state-sponsored prison, they will be unable to take their Bible with them.

Most prisons allow inmates to take a very limited amount of personal belongings with them that include medically-necessary eyeglasses, an inexpensive wedding band made of plain metal, and an inexpensive religious chain if deemed appropriate.

However, this does not mean that the inmate will not be able to have a Bible during the extent of their incarceration. There are many ways a prisoner can get a Bible, both through resources within the prison as well as family members and friends on the outside.

Can You Send a Bible to Someone in Prison?

Most prisons allow family members or friends to send an inmate a Bible while they are in prison. There are strict regulations on how Bibles can enter prison. Unfortunately, Bibles and other religious books are frequently used to smuggle illicit substances. If you wish to send a Bible to someone in prison, it is best to contact the prison chaplain to request a list of rules and regulations.

The best way to send an inmate a Bible is directly through Amazon or websites such as christianbook.com. Bibles sent to inmates must always be paperback as hardcover books are not allowed within prison walls.

If you are wishing to provide Bibles to inmates but do not have a personal connection with someone that is incarcerated, consider contacting a local prison ministry. Many prison ministries are always looking for donations with which to purchase Bibles to provide for inmates.

Do Inmates Have Religious Freedom While in Prison?

Because most prisons have government oversight, people question whether inmates have restrictions on the ways they can continue to participate in religion. Much like the restrictions on Bibles in public schools, inmates are allowed to practice their religion in specific ways while in prison.

Religious freedom in prison is a tricky topic. Although the individual is in prison as a form of punishment, they still have certain rights through the U.S. Constitution. These rights make it possible for inmates to practice religious expression as long as it is not harmful to themselves or fellow inmates.

The First Amendment to the United States Constitution states, “Congress shall make no law respecting an establishment of religion, or prohibiting the free exercise thereof; or abridging the freedom of speech, or of the press; or the right of the people peaceably to assemble, and to petition the Government for a redress of grievances.”

This amendment protects inmates’ right to practice their religion, regardless of what that religion may be. While there have been groups that have tried to restrict this freedom, congress has reinforced this important protection through the Religious Land Use and Institutionalized Persons Act (RLUIPA).

According to federal law, a prison cannot restrict an inmate’s religious freedoms unless they contradict their terms of imprisonment. Simply stated, if the inmate can follow their religious practices within the confines of prison, the prison is not able to restrict that freedom.

How Do Prisons Violate the Religious Rights of Inmates?

All inmates have a constitutional right to express religious beliefs through the First Amendment. However, not all prisons uphold this right. There are many ways, both large and small, that a prison may violate the religious rights of inmates.

Here are just a few common ways that prisons violate the religious rights of inmates of various beliefs:

We may not agree with the practices or beliefs of every religion. However, it is important to understand that religious beliefs are equal in the way they should be protected within the prison system.

Benefits of Religious Involvement for Inmates in Prison

There are countless benefits to religious involvement for inmates in prison. Whether through a weekly prison ministry, the prison chaplain, or a personal study of scripture, inmates can find great hope, peace, and truth in the pages of the Bible. It is important to promote and protect the religious freedom of inmates. In doing so, we ensure that they can access the many benefits of religious involvement during incarceration.

Here are just a few of the many benefits that inmates receive when they participate in religious studies while in prison:

Religion Provides a Network of Support for Inmates

When an individual arrives in prison, they greatly lack a network of support. Unfortunately, many of these inmates lack support, even outside of prison. Left without a community, inmates turn to prison gangs to feel a sense of belonging. Through prison ministry, chaplain studies, and other religious gatherings, inmates can find a much-needed network of support.

Additionally, making connections with a chaplain or prison ministry can provide them with immediate support once they leave prison.

Religion Can Cause an Inmate to Rethink Their Lifestyle

Tragically, most inmates will return to prison within just a few years of their prior incarceration. This lifestyle is damaging not only to themselves but also to their community.

Through religion, inmates must rethink their lifestyles. Often resulting in a change of habits and patterns both inside and outside of prison.

Religion Offers a Source of Comfort for Inmates

Finally, religion is an incredible source of comfort for inmates who are hurting. Within the pages of scripture, inmates can learn what the Bible says about freedom, hope, joy, and peace. This allows them to find a solution for the turmoil inside and begin to understand the love of Christ.

Whether you personally know someone who is in prison or you are simply looking to learn more about sharing the love of Christ to individuals in prison, providing Bibles for inmates is a great place to start.

Thank you for reading! You can learn more about working towards equality, liberty, and justice for all here.