Should Christians Be Involved in Politics?

21 Jul Should Christians Be Involved in Politics? 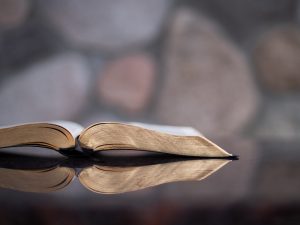 A Christian’s Role in Politics

Proper etiquette used to say there were two things you should never discuss with others…religion and politics. Today, there is a crisis in politics where Christian principles are going largely overlooked and unheard. As a Christian, you may be wondering whether or not it’s time to get involved in politics to make your principles heard.

So, if you’re a Christian, you may be wondering exactly what your role in politics should be. You can make a difference in your local politics without running for office. In this article, I’ll share some easy ways you can start to engage in politics and teach people about simple biblical principles that can positively impact our cities and nation.

Bible Verses About Christians Being Involved in Politics

Before you decide whether or not a Christian should be involved in politics, you should always research what the Bible says about the subject. Here are some Bible verses about this topic in particular:

Blessed is the nation whose God is the Lord, the people whom he has chosen as his heritage!

This Bible verse tells us that nations that follow biblical principles and the ways of God can be blessed. Principles implemented into government and law can help direct a nation and its citizens toward or away from God.

He changes times and seasons; he removes kings and sets up kings; he gives wisdom to the wise and knowledge to those who have understanding;

Here you see that that the rise and fall of kings is directly proportionate to receiving wisdom and knowledge from God. There are officials and rulers who want nothing to do with God, while there are others who wholeheartedly want to serve God. God will give these officials wisdom and instruction on how to better serve their communities and country.

Righteousness exalts a nation, but sin is a reproach to any people.

Everyone likes to root for the good guy. When biblical principles are implemented into a community, the community flourishes, leading the people to rejoice. When these principles aren’t implemented, citizens are unable to prosper.

If my people who are called by my name humble themselves, and pray and seek my face and turn from their wicked ways, then I will hear from heaven and will forgive their sin and heal their land.

Part of being a leader is humbling yourself and seeking God. It says right here in this verse that if people, including leaders, would humble themselves and turn away from wicked, God will heal their land. Turning away from wickedness doesn’t just happen in the heart, but also in government policies and laws.

How to Engage in Politics as a Christian

Even if you want to engage in politics as a Christian, you may not know where to start. So many people these days think engaging in politics is simply sharing a political post online; however, that doesn’t do anything to spur change. Here are some things you can do to get involved in politics:

One of the best ways you can engage in politics and have a voice in your representation is by voting. I remember being taught in school that voting is one of our civic duties as Americans. Casting your vote is a vital essence to the life of our republic.

In our government, the people are represented by legislators and representatives. Voting gives you an opportunity to have a say in how you are represented in who you think will represent you the best.

The decisions of school boards effect the environment and the curriculum your children will have to endure during school hours. Because of this, you should definitely have a say and a voice in what your kids are being taught and how they are being interacted with. Attend school board meeting and share your concerns with the officials. If you know of other parents who share your concerns, invite them to come as well. You’re stronger in numbers.

We need to stop looking at government officials as people who rule us and start looking at them as people who work for us. It has been proven time and time again that people with power tend to do things to grab more power rather than using their influence for service. Without accountability, lawmakers and representatives could do whatever they want.

One way you can hold your representatives accountable is by contacting them and informing them of issues your community and their region is facing. Encourage your friends and family to do the same; we all know the saying, “the squeaky wheel gets the grease.”

If you’re presenting an issue to your representative, be prepared. Take time to get multiple testimonies from different people. Get signatures and have people who will back you. The more people who stand up, the bigger your voice will be.

Create a Group and Start a Movement

There is power in numbers. While officials may be able to look over one person, it’s much more difficult to look over an established group that is gaining traction online and in the media. One way you can make your voice heard is by starting a group. This can be simple; simply start a social media group of like-minded people. You can communicate when school board and city counsel meetings are and all decide to show up at the event.

You can also go more extravagant by creating a brand and essentially a movement. Create a tagline, online presence, logo, and merchandise.

Talk to People About Principles, Not Politics

Right now, it may seem almost impossible to talk politics with someone who has opposing views. There is such a political divide not just in the world today but also in Christianity. However, how are you supposed to educate people on your platforms and educate them on biblical principles if you never talk to them?

When it comes to talking to people across the isle, talk about principles instead of politics. Principles discuss the heart and mindset behind something while politics simply discusses action items. People can have opposing political views but still believe in the same principles. People get worked up about politics, but often have similar thoughts and ideas behind principles.

This point may be intimidated, but if you succeed, you can effect great change. One way Christians can engage in politics is by running for political office. When in political office, you can have a hand in legislation that is being passed. You can also help steer your town, city, or state, in a more biblical direction that leans towards God rather than away.