How Does the Constitution Benefit Christians In America? 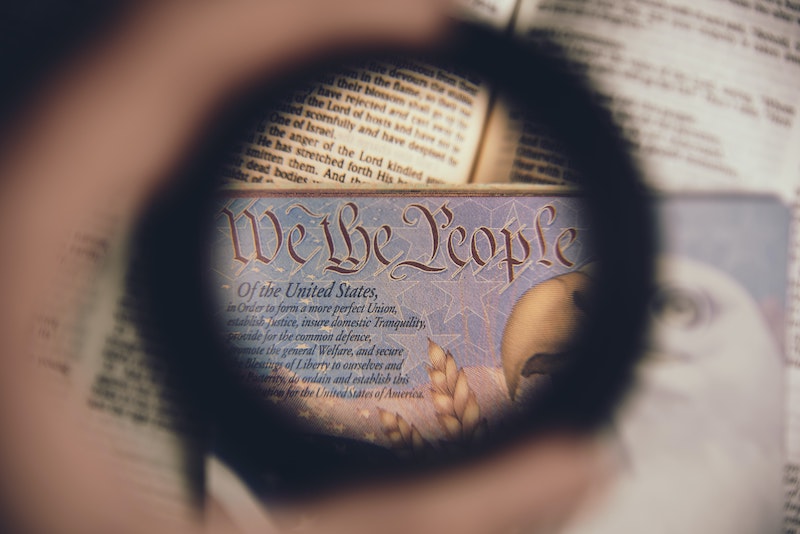 30 Sep How Does the Constitution Benefit Christians In America?

Posted at 04:37h in Constitution, Knowing Your Rights by LibertyJusticeHQ 0 Comments
0 Likes
Share

Benefits of the Constitution for Christians in America

Another way the Constitution benefits Christians is by allowing them to have a voice in how their country functions. The right of free speech and freedom of religion allows people to speak out about what they believe without fear that their government will punish them for it just because they disagree with those views.

In this post, we will discuss the many ways the United States Constitution benefits Christians and Americans as a whole. We hope that this information gives you a great appreciation for the Constitution while encouraging you to defend these important rights.

What is the United States Constitution?

The Constitution of the United States is a document that outlines how Americans can best function as a society, placing limits on what their government can and cannot do.

It protects minorities against majority rule; ensures that all citizens are treated equally under the law; defines how elections work; specifies when voting begins and ends (including daylight saving time); spells out who can vote (citizens 18 years or older); provides for an independent judiciary system with constitutional courts.

The Constitution details impeachment proceedings against public officials accused of wrongdoing; allows amendments through ratification by three-fourths of state legislatures or national conventions called specifically for proposing amendments (any amendment proposed by a constitutional convention would require ratification from three-fourths of states); and empowers Congress to enforce laws designed “to provide for the general welfare”.

The Constitution is an amazing document that has stood up against time, revolutions, war, and persecution. It continues to be one of our greatest national treasures as it allows us as citizens infinite freedoms within its limits set out in black and white on paper.

The Purpose of the U.S. Constitution

When it was originally written in 1787 by our founding fathers, the Constitution was intended to serve as a lasting guide for governing America. Its purpose continues today with every generation seeking to learn from those who came before them while making improvements where necessary or possible based upon modern times and circumstances surrounding us now versus then.

Along with the principles of God-given rights and liberty, separation of church and state has been a part of the Constitution ever since it was written in 1787. This is why there is no official religion for America today. Just like in every generation before us, that same principle has held true: “no law respecting an establishment of religion or prohibiting the free exercise thereof“.

What Is Included in The Constitution?

The Preamble to The U.S. Constitution outlines principles that were agreed upon by those present at The Constitutional Convention in Philadelphia during 1787 and ratified later on as a whole into what we now call “the supreme law of our land” where it has been upheld ever since then for over 200 years.

We can see from this preamble how much emphasis was put on God-given rights and liberty. These rights are not only given through the Christian faith but also make up part of all religious beliefs throughout history as well as basic human nature itself.

To make sure these principles remained intact and unaltered by the shifting tides of politics, they were written into this document that all Americans must abide by.

How Does the Constitution Benefit Christians? 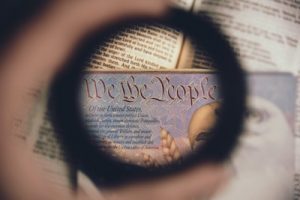 The United States Constitution serves to benefit Christians in America by ensuring that people may worship God according to the dictates of their own conscience.

It also prohibits Congress from passing any “law respecting an establishment of religion or prohibiting the free exercise thereof.”

The Constitution is a huge benefit to Christians and people who hold religious beliefs in general. It provides essential liberties such as Freedom of Speech and Freedom of Religion which allow citizens to practice their faith without fear or persecution from an overreaching government trying to assert itself on its citizenry through religion-based laws or practices.

This was extremely important at the time when America’s own founders were persecuted for their Christian beliefs. Our founding fathers knew first-hand how crucial these rights would be for future generations.

Benefits of the Constitution for Americans

The Constitution of the United States is what makes America unique and powerful. It is a document that has lasted over 200 years.

The Constitution provides rights for all Americans including liberties like freedom of speech and religion. Because of the Constitution, we can live in a nation that has allowed us to experience consistent freedoms despite changes in political leadership throughout several centuries.

Some rights we enjoy through the Constitution: freedom of speech, religion, peaceful assembly, and petitioning their government. The Bill of Rights protects these fundamental God-given individual unalienable human rights retained by each person living within America’s borders so long as they do not interfere with another citizen’s right to exercise those same rights too!

How Freedom of Religion Benefits Christians

The First Amendment to the Constitution guarantees each citizen of America the freedom to practice their own religion. It is this liberty that has allowed Christianity in particular to flourish within our country’s borders. It has also given Christians an opportunity to share God’s love with others!

We should be grateful for the protection afforded by the U.S. Constitution. It protects religious people such as ourselves from suppression or persecution which could result if we lived under a government that did not recognize individual rights endowed by our Creator. There are certainly times when leaders have failed us and certain freedoms may seem restricted in effect. However, thanks to the Constitution, we can trust that they will never disappear entirely!

The First Amendment reads as follows, “Congress shall make no law respecting an establishment of religion, or prohibiting the free exercise thereof; or abridging the freedom of speech, or of the press; or the right of the people peaceably to assemble, and to petition the government for a redress of grievances.”

The purpose behind these freedoms is that every individual has an inalienable right to religious belief which shall not be infringed upon by any governing official. The founding fathers wanted Americans to have total protection over their own life choices based on what they considered sacred. This could be religion, personal opinions and beliefs, or political views!

This value is so important as individuals can express themselves freely without fearing persecution. Without this liberty, we would live under tyranny where everyone must conform their behavior according to the law of the land. This is not how our nation was built. It’s important to always be aware that some principles can never be compromised!

This doesn’t mean that Christians, in particular, will always win out on every single issue. Rather, this means that they have a right to exist as themselves without interference from their own government or others who might wish them harm for religious reasons. It also means more than just physical protection – it means spiritual freedom too!

How Freedom of Speech Benefits Christians

The freedoms of speech and religion are two rights that the Constitution grants to every American citizen. Anyone can take advantage of these principles. However, Christians often feel targeted in this area because they choose not to remain silent about their faith.

Many people who are not believers would like to silence Christians from speaking out against sin. There have been countless attempts throughout history by those groups who wish harm upon Christianity. However, through perseverance and Godly wisdom, Christians everywhere continue standing up for their beliefs without fear!

In fact, freedom of speech allows us all a platform where we can share our own views on faith as well – whether or not others agree with us. That right forms the foundation of this beautiful nation – a nation that was founded upon Christian principles.

The Importance of the Constitution for Christians

In conclusion, there is no question as to why the Constitution benefits Christians in America! Without it, would we even have a voice? Would our country be allowed to speak out against sin and stand for righteousness at all? These questions are huge – but they can all be answered with one simple answer: No.

Our rights as Americans stem from the Constitution itself. This means those God-given freedoms also extend themselves to us as Christians! In fact, without this document protecting our fundamental liberties – what else would protect them?

Let us continue to defend and protect our constitutional rights and freedoms. In doing so, we will ensure that our nation provides liberty and justice for generations to come!