Is Assembling Together a Constitutional Right? 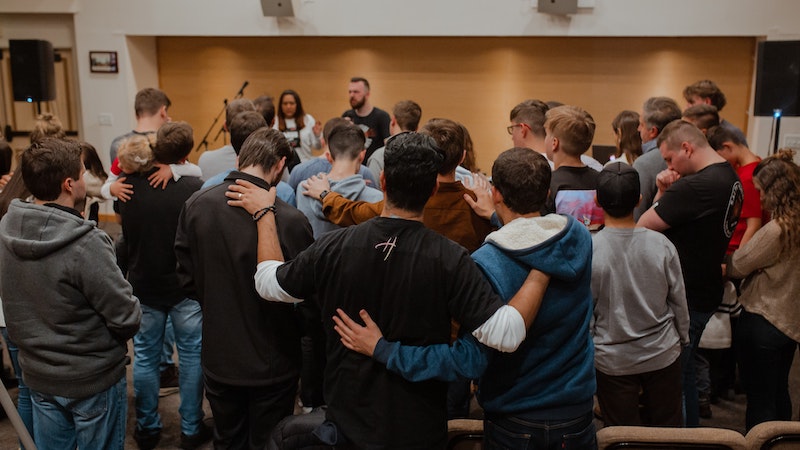 30 Sep Is Assembling Together a Constitutional Right?

Posted at 03:21h in Constitution, Knowing Your Rights by LibertyJusticeHQ 0 Comments
0 Likes
Share

What Does the Right to Assemble Really Mean?

The First Amendment of the United States Constitution guarantees, among other things, “the right of the people peaceably to assemble.” The freedom to assemble with others and voice opinions is an important part of what makes America great. But what exactly does assembling mean?

In this blog post, we will discuss the right to assemble and whether assembling together is a constitutional right. We will also cover what “assembling together” really means. Developing an understanding of this topic is essential to defending and protecting the rights of our fellow Americans.

Assembling Together: Is It Constitutional?

The First Amendment of the United States Constitution guarantees “the people peaceably to assemble” as an essential element of democratic government. Freedom of assembly has been interpreted by courts as a fundamental right and as an inalienable human right.

The United States Department of Justice defines assembling together as “people gathering for a common purpose”, which also includes large groups such as protests.

The right to assemble is also guaranteed by the Universal Declaration of Human Rights, which states that “everyone has the right to freedom of peaceful assembly and association”. The United Nations and other international treaties recognize this as a human right.

This also includes “expressive association” which allows people with similar ideas or beliefs to come together.

The Definition of Assembly

The definition of what assembly means can vary from state to state, but the Supreme Court ruled that just getting together does not mean a group has been assembled according to Clark v Community for Creative Non-Violence (1984). In this case, a Vietnam War protest group was denied access to a park where they had been allowed in the past. The Court stated that “an ‘assembly’ and a ‘gathering’ suggest a common understanding of people assembling for a particular purpose, whether social or political.”

The First Amendment Right of Assembly

By definition, the right to assemble is an amendment in the Bill of Rights that grants citizens the freedom to get together with other people for any purpose they wish so long as it does not break a law or violate someone else’s rights. The only time there are limitations on the First Amendment Right of Assembly is if there are safety issues.

For example, a protest outside an abortion clinic would be considered constitutionally protected free speech. This is because it does not involve any crimes or violence. However, protesters who push and shove others to make their point might lose this protection because they can become violent.

The First Amendment right to assemble was first brought to the Supreme Court after Congress passed a law that made it illegal for black people and white people to assemble. The court ruled in favor of the right of assembly, saying that Americans have this freedom so long as they are not infringing on someone else’s rights or breaking an existing federal law.

Today, if citizens want to hold a protest, rally, or vigil in their city, they must apply for a permit. These permits are only valid on public property. The gathering cannot block traffic or interfere with other events taking place at that location.

When Can Your Right to Assemble Be Denied?

Permits can be denied by local officials if the event has no purpose; is aimed to promote violence; will take up too much space; or the number of attendees will prevent pedestrians from making their way safely.

In addition to a permit, cities and towns can also set time limits for protests and rallies. These restrictions, however, must be reasonable and evenly enforced. There must be clear signs before an event starts. This allows people who want to avoid it, enough warning ahead of time to do so. With that said, the right to assemble cannot be denied if an event is peaceful and follows all safety guidelines.

What Does Assembling Together Mean? 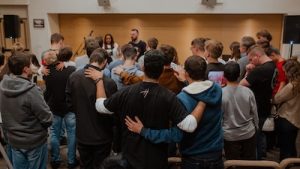 Assembling together is a constitutional right that allows groups, organizations, and individuals to gather to promote or protest against something.

This means that Americans have the choice to come together peacefully without fear of being arrested, detained, or otherwise punished for their beliefs.

In addition, this right gives people the power to voice concerns about what they believe should be changed in the nation.

One example of Americans gathering together to voice concerns about their government is found within Martin Luther King Jr.’s “I Have a Dream” speech, which was given at the 1963 March on Washington for Jobs and Freedom. During this historic event, people gathered together with one goal: to stand up against segregation laws that were in place.

Throughout history, Americans have used their constitutional right to assemble to stand up for their convictions and beliefs.

Is Going to Church Protected Under Our Right to Assemble?

The First Amendment to the United States Constitution protects certain rights; one of these is the right to assemble. The exact words used in this part of our constitution are “Congress shall make no law respecting an establishment of religion, or prohibiting the free exercise thereof.”

This means that Congress cannot set up a church as its national religion. It also prohibits laws that prohibit citizens from freely exercising their own religion.

Does This Right to Assemble Apply Outside of Religious Practice?

Some will argue that the right to assemble applies only in regards to religious practice and does not apply for other reasons such as free speech or demonstration. However, this interpretation is incorrect. The wording used in the constitution implies a much broader application for this right.

The constitution does not state “Congress shall make no law respecting an establishment of religion, or prohibiting the free exercise thereof.”. Instead, it states Congress can’t establish any laws that respect either practice.

This means there are no restrictions to the application for this constitutional amendment. Citizens have a fundamental right to assemble in all circumstances regardless if they are protesting, making a speech, or for any other reason.

This is an important fundamental right. It ensures citizens’ rights to free thought and expression without the interference of their government.

Is Protesting Qualified as Assembling?

Assembling is not necessarily protesting, although it can include protests. Assembling together is a broad term that includes protests. However, it also includes activities like singing, dancing, and other forms of creative expression.

Right to Assemble for Expressive Purposes

The right to assemble for expressive purposes has been upheld in cases such as Schumann v Orff (to protest against the Vietnam War) and Tinker v Des Moines Independent Community School District. In addition, many courts have upheld this constitutional right. In fact, there are over 200 Supreme Court cases related to the First Amendment of assembly and free speech rights.

Some feel as though protesting is not a protected form of expression. This is because it does not fit under the umbrella of “artistic expression.” However, others argue that it is because the Constitution does not require creative or artistic value to assemble together and protest against something as long as it gets a message across and shows discontent with an issue.

How to Protect Our Constitutional Rights

As Christians in America, we are incredibly blessed to have our right to assemble protected by our constitution. However, we must continue to defend and protect these important constitutional rights that make our country the free nation that it is today.

We also need to be prepared for those who would try to take away our constitutional rights. We can accomplish this by organizing and rallying together for a cause, protecting our freedoms and liberties.

Finally, support political leaders who share similar values with you. Voting for leaders who will work to defend our constitutional rights is one of the most effective ways to ensure that generations to come will enjoy the same freedoms we experience today.

What are the constitutional rights of Americans?