What Legal Rights Do Churches Have? 26 Feb What Legal Rights Do Churches Have?

A Complete Guide to the Legal Rights of Churches in America

Especially in the wake of recent events in our country, many Christians are left wondering what legal rights churches possess. Are churches subject to government authority in any area? How does the separation of church and state play into this topic? As Americans, we must understand the legal protections and rights of religious organizations and churches in our country.

So, what legal rights do churches have? The religious freedoms outlined in the First Amendment to the United States Constitution apply not only to individuals but also to churches and other religious organizations. These legal rights include the freedom of speech, freedom of assembly, and freedom of religious expression, among others.

How do these legal rights play out in everyday life? Even though the church may not be subject to government rulings in certain areas, how should we respond to these situations?

In this post, we will take a closer look at what the Bible says about the separation of church and state. We will uncover the legal rights of churches in America. Finally, we will provide practical insight into how American churches can best respond to government rulings that may be in opposition to their beliefs.

Understanding the Separation of Church and State 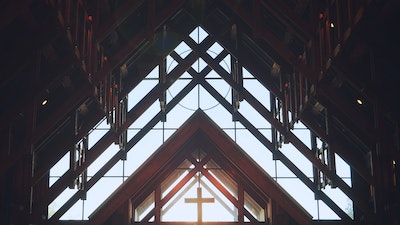 Growing up in America, many of us have been taught that the phrase “separation of church and state” exists in one of our many foundational documents. However, this is not the case! While the separation of church and state is an ideology that our country abides by, the concept is actually a paraphrase of a letter penned by one of our founding fathers.

Thomas Jefferson first coined the idea of the separation of church and state, establishing the idea that these two entities should be given the freedom to operate free of the oversight of the other.

First Mentions of the Separation of Church and State

In a letter written to the Danbury Baptist Association by Thomas Jefferson in 1802 we read,

“Believing with you that religion is a matter which lies solely between Man & his God, that he owes account to none other for his faith or his worship, that the legitimate powers of government reach actions only, & not opinions, I contemplate with sovereign reverence that act of the whole American people which declared that their legislature should “make no law respecting an establishment of religion, or prohibiting the free exercise thereof,” thus building a wall of separation between Church & State.

Adhering to this expression of the supreme will of the nation on behalf of the rights of conscience, I shall see with sincere satisfaction the progress of those sentiments which tend to restore to man all his natural rights, convinced he has no natural right in opposition to his social duties.”

Since the foundation of our country, our founding fathers were passionate about ensuring the separation of church and state. This is likely due to the lack of this important separation that was evident in the societies from which they separated.

The separation of church and state remains an important issue in our country today. In fact, it is one of the foundation beliefs that sets America apart from other countries.

The phrase “separation of church and state” is not expressly mentioned in any of our formative or foundational documents. However, through the First Amendment to the United States Constitution, our religious freedoms are protected.

The First Amendment reads as follows, “Congress shall make no law respecting an establishment of religion, or prohibiting the free exercise thereof; or abridging the freedom of speech, or of the press; or the right of the people peaceably to assemble, and to petition the Government for a redress of grievances.”

We often view freedom of speech, freedom of religion, and our other constitutional rights in regards to the individual. However, these legal rights also extend to organizations including the church.

In America, we have the tremendous blessing of experiencing a wide range of freedoms and rights. As Christians, the legal right to which we hold most dear is our freedom of religion! This right applies not only to individuals and families but also to organizations such as the church. Because of this constitutional freedom, we can freely express our religious beliefs in the fellowship of like-minded individuals.

Freedom of Speech in a Church Setting

Freedom of speech ensures that we can share our beliefs with the people around us in both a private and public setting. In a church setting, this means that we can speak and proclaim our religious beliefs freely without persecution. Freedom of speech in a church setting encompasses not only religious beliefs but also ideologies on political and social matters.

You can learn more about what the Bible says about freedom of speech here.

Freedom of Religious Expression in a Church Setting

Freedom of Religion Outside Church Walls

Not only do we have the ability to exercise our religious beliefs and convictions in our personal lives and within the walls of our church, but we can do so outside the church walls. One of the greatest callings of all believers is evangelism. In America, our First Amendment rights protect our legal right to share our faith in public areas.

Legal Right to Freedom of Religious Worship in America

After realizing that the First Amendment applies not only to individuals but also to churches, we understand some of our legal rights. As Americans, we have the legal right to religious freedom. However, in light of recent events, many churches and Christian communities have struggled to understand the practical application of this freedom.

Can the Government Enforce Rules on a Church?

When COVID-19 shut down the majority of our country nearly a year ago, many churches were left with uncertainties over if these shut-downs applied to them. After all, we have a First Amendment right to assemble!

In some states, churches and religious leaders even faced arrest for not complying with state orders. While much of this topic is still up for debate, churches in many states have had the freedom to determine how they will respond to government rulings in their area.

Should the Church Comply With Government Rulings?

So, should the church comply when the government is telling them to close their doors? There are, of course, many other examples of government rulings in regards to the church. However, for the sake of this article, we will discuss this topic in light of recent events in our country.

Each church will need to carefully assess this topic in light of their beliefs and convictions. There are, however, several things you must keep in mind as you move forward.

Seek to Remain Above Scrutiny

Christians are constantly under the scrutiny of the world around us. In fact, in many cases, it may seem as if the world as a whole is waiting for us to mess up. We must strive to remain above scrutiny and ill-repute as much as it is in our power to do so.

Provide a Good Example to The World Around Us

How can we best exemplify the love of God to the world around us? We may face various inconveniences or challenges. However, we must always strive to provide a good example of what it means to submit to authority. Is the decision you are making pointing others towards the type of behavior that Christ would exemplify or is it perpetuating a bad reputation for Christians as a whole?

Stand Up for Our Religious Beliefs & Convictions

Finally, we must remember to stand up with boldness for our convictions and beliefs. It is simply a fact that we have a First Amendment right to religious assembly. If we believe that our government is asking us to do something that is against our religious convictions, we must pray about how to best respond.

The church in America today has the blessing of experiencing an enormous amount of religious freedom and legal protections. However, this may not always be the case. We must prepare ourselves and others to stand up boldly for our beliefs should the need arise.

Finally, in light of the many legal rights we have as the American church, we must pray for our brothers and sisters who do not have the same experience. Thanks be to God for allowing us to live in a nation that provides equality, liberty, and justice for all!