What The Bible Says About Obeying The Law 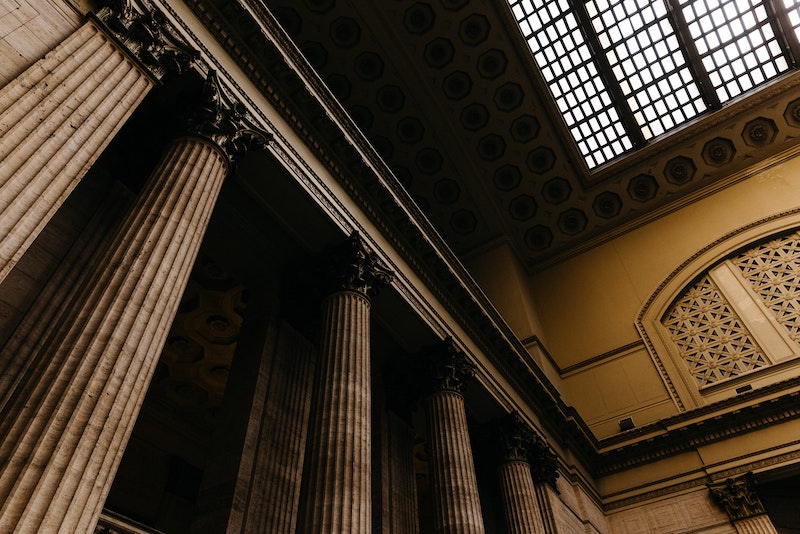 01 Nov What The Bible Says About Obeying The Law

While the Bible was written several centuries ago, it has words that ring true with believers today. With guidance on many important topics, the Bible should be the reference point on which we build our worldview. As our world continues to grow further away from Biblical morals and values, Christians are beginning to wonder what the Bible says about obeying the law, specifically in situations where it compromises your religious beliefs.

What does the Bible say about obeying the law? The Bible clearly states the importance of obeying and submitting to the law. God has placed our leaders in their positions of authority and we are called to submit to them as submitting to God Himself. However, in situations where the law requires us to compromise our religious convictions, we must remember that our ultimate allegiance lies with God, not with man.

It is important to develop a Biblical understanding of important topics such as obeying the law. Only in doing so will we be able to build a framework by which to conduct daily life. While we have experienced great religious freedoms in our country, there may come a day when the law commands us to go against God’s Word.

In this post, we will discuss what the Bible says about obeying the law, including when we should submit to God’s law over submitting to the evil commands of man. We will also share insight into how to address a situation where we are commanded to compromise our religious convictions. We hope that reading this article will equip you to view obedience to the law through a Biblical lens while promoting equality, liberty, and justice for all.

Understanding a Biblical View of Obeying the Law

Our world is built around systems of leadership. With governing authorities and laws at local, state, and national levels, it may feel as if every area of our life is controlled in this way. However, this isn’t necessarily a bad thing. In many ways, our nation’s laws protect us, they promote good while punishing evil. They help to promote a world in which all people can live fairly through civil rights, constitutional rights such as the freedom of speech, and other rules and regulations.

It is important, however, to view the law as what it is. A system put into place by God to help maintain peace and order in the world until He returns. As our country continues to change, it is important that Christians develop a Biblical perspective on obeying the law. There may come a time where we are commanded to compromise our religious beliefs. If this occurs, we must be ready to protect our rights, stand up for our convictions, and honor the law of God over the law of man.

Let’s take a closer look at what the Bible says about obeying the law of man.

What Does the Bible Say About Obeying the Law?

From the time of the Bible until now, there has been some type of governing authority in place. From tribe leaders to kings to government officials on various levels, every generation of believers has dealt with submitting to the laws of man while honoring the law of God. Because this has been such a common struggle throughout the centuries, the Bible has much to say on this topic.

Romans 13 provides us with a comprehensive and clear perspective regarding how Christians should view obedience to the government.

Romans 13:1-4 reads as follows, “Let every person be subject to the governing authorities. For there is no authority except from God, and those that exist have been instituted by God. Therefore whoever resists the authorities resists what God has appointed, and those who resist will incur judgment. For rulers are not a terror to good conduct, but to bad.”

The passage continues, “Would you have no fear of the one who is in authority? Then do what is good, and you will receive his approval, for he is God’s servant for your good. But if you do wrong, be afraid, for he does not bear the sword in vain. For he is the servant of God, an avenger who carries out God’s wrath on the wrongdoer.“

From this passage, we learn that God institutes those who are in authority above us. This is important to remember in today’s political climate, when it may feel as if many government officials are in direct opposition to God’s will. From local leaders to our president, God appoints each individual to serve in a position of authority for a specific purpose, even if that purpose remains a mystery.

We Are Called to Submit to The Law

The passage above also addresses how we are to interact with governing authorities. As Christians, we are called to submit to governing authorities with the realization that they have been selected by God for our good. We are to honor them as if honoring God. This, of course, is assuming that they are not commanding us to act in a way that is in opposition to God’s word.

Our Ultimate Allegiance is To God, Not Man

While we are commanded to obey the law, we must remember that our ultimate allegiance is to God, not to man. When confronted with a similar dilemma in Acts 5:29, Peter and the apostles boldly stated “We must obey God rather than men.” This statement was true in the time of the apostles and it is just as true today.

We Must Not Compromise Our Convictions to Follow the Law

There are many times throughout Scripture, and throughout history, where we find examples of Christians who refused to obey the evil commands of the law, compromising their religious beliefs. This is known as civil disobedience.

The Bible clearly states throughout numerous passages that we are not to compromise our convictions in order to follow the law of an evil leader. While this is not something that we experience often in America, there may come a time where it becomes more frequent. We must be prepared to boldly follow the example of Christians before us, standing firm in our beliefs and convictions.

It is clear that God has established earthly law. Early law is a means of promoting justice, equality, and safety for all mankind. Some Christians believe that they do not have a reason to follow and submit to man’s law. However, this couldn’t be further from the truth. It is important that we honor the law and respect the people who enforce and create our local, state, and national laws.

God has placed these lawmakers in their positions of authority and we must honor them as if honoring God. However, as mentioned previously, there are times throughout history when lawmakers have created laws that directly oppose Christian beliefs. In these times, it is permissible, and required, that Christians oppose the laws of the ungodly, choosing instead to honor the ultimate authority of God’s law.

Are you looking to learn more about what the Bible says about this topic? Here are some popular Bible verses about obeying the law:

By studying various examples of civil disobedience, as well as learning what the Bible has to say about obeying the law, we can better develop a Biblical perspective on this topic.

As Christians, we are called to obey the laws of our cities, states, and nations. We must submit to the governing authorities and respect our lawmakers and law enforcement. These individuals serve in hard positions. There is much unrest surrounding the laws and the individuals that work hard to enforce them. This is especially true in our current political climate.

Let us lead the way in respecting, submitting to, and honoring those who create and enforce the laws of our nation. However, it is also important to realize that our ultimate allegiance lies with God. In times where we are commanded to disregard God’s law in exchange for man’s law, we must hold fast to our convictions.

Are you interested in learning more? You can find more about the Biblical role of government here.

Do Christians have to obey all laws or only national laws? God has placed all leaders in their respective positions of authority. From school leaders to county officials to national leaders, we are called to submit to and honor all authority.