Where Did the Term Christian Come From? 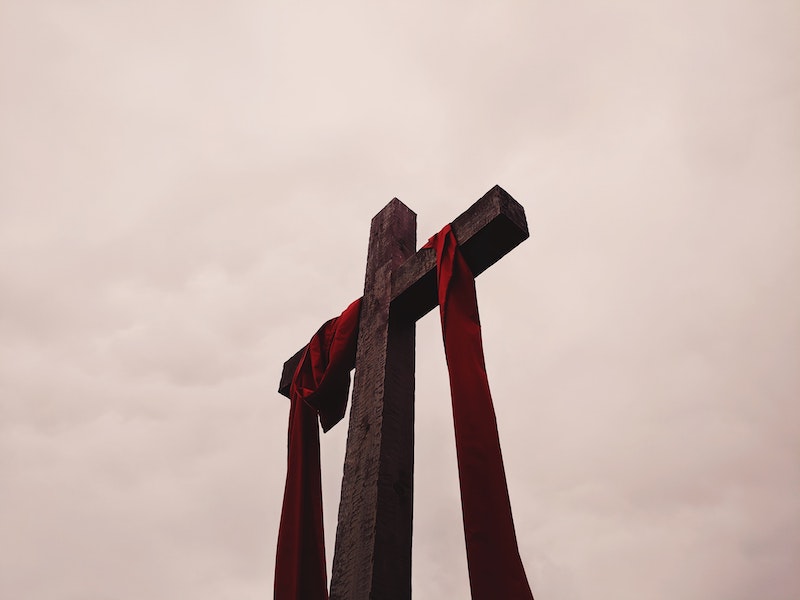 29 Dec Where Did the Term Christian Come From?

The term Christian is perhaps one of the oldest terms still used today. Many people, both believers and unbelievers alike, assume that this title was the self-appointed title of Jesus’ followers. However, this is not exactly true. Unfortunately, over the years, the term Christian has garnered much baggage and negative associations. As believers, it is important that we understand the origin of the word and work to protect the reputation associated with the term Christian.

Where did the term Christian come from? The term Christian is only used on three occasions in the Bible. We find the first mention of this term in Acts 11:26 when members of the society in Antioch used the term ‘Christian’ to describe the followers of Christ. Prior to this, the disciples and other followers of Christ were often referred to as ‘saints’.

You would be hard-pressed to find someone in today’s society who has not heard the term Christian. Today, it is a term that is used to cover a wide range of religious sub-sets and beliefs. However, the original meaning still holds true – Christians are simply followers of Christ.

In this post, we will take a closer look at the origin of the term Christian, including the three times this term is used in the Bible. We will also discuss what it truly means to be a Christian, especially in today’s society. We hope this post provides you with insight and information into a term that is so commonly used today yet holds such great meaning.

Everything You Need to Know About the Term Christian

If you are reading this post, there is a high likelihood that you would refer to yourself as a Christian. But do you know what this term actually means? While it is one of the most commonly used words used regarding religious beliefs, many people have negative associations with the word due to past history. Even some believers, true followers of Christ, may shy away from the term Christian because of past hurt.

Let’s take a closer look at the origin and history of the term ‘Christian’.

The Origin of The Term Christian

The first time we hear the term Christian used in the Bible is in the book of Acts. Acts 11:25-26 reads as follows, “So Barnabas went to Tarsus to look for Saul, and when he had found him, he brought him to Antioch. For a whole year they met with the church and taught a great many people. And in Antioch, the disciples were first called Christians.”

Contrary to popular belief, the term Christian was not a self-given name. The society in Antioch understood that these followers of Christ were different from other religious groups of the day such as those of the Jewish faith.

Relevant Magazine provides some insight into why a new term was needed for this group of believers: “Enter Christ-followers. Enter the Gospel. The Church came to Antioch and began breaking down the dividing barriers in a way that upset the society’s existing categories. People from all parts of the city—Jews and Gentiles alike—were suddenly coming together. This group of people was redefining community in a radical and unprecedented way, so much so, that a new word was needed to categorize what in the world was happening.

What’s interesting here is that there were so many offshooting sects within Judaism that Antiochians never bothered to learn or categorize differently. But in Christians, they saw something different. The term “Christian” comes from the world’s realization that something new and unheard of was happening.”

The suffix “-ian” simply means belonging to, related to, or like. Antioch’s society simply realized that the disciples and believers belonged to the party of Christ. Thus, the term Christian was introduced into our vocabulary.

As we mentioned above, the term ‘Christian’ is only used on three occasions in the Bible as a whole. This may come as a surprise to you! Many people assume that this term that is so strongly associated with the Christian faith is a commonly-used phrased throughout scripture.

Here are the three verses in which the term ‘Christian’ is used in the Bible:

Other Names for Christians in the Bible

While the term Christian is only used on three occasions in the Bible to describe the followers of Christ, there are several other terms that are used in its place. Some of the other names for Christians in the Bible include the following:

These are, of course, just a few of the most common words and phrases used in various situations to describe the followers of Christ.

Dictionary Definition of the Term Christian

Now that we know the history and origin of the term Christian, let’s take a look at what this term means in our current culture.

As defined by the Merriam-Webster dictionary, the term Christian is defined as “one who professes belief in the teachings of Jesus Christ; of or relating to Christianity; of, relating to, or being a Christian; professing Christianity.”

Unfortunately, many Christians are beginning to shy away from the term Christian as it is associated with much baggage. It is our responsibility to provide a positive association with this term in our world today.

What Does it Mean to Be a Christian?

While we may understand the term ‘Christians’, many struggle to understand the true definition of a Christian. What does it really mean to claim this title for yourself? As mentioned previously, the term Christian refers to anyone who follows Christ. A Christian is someone who has admitted their need for a Savior, has placed their trust in Jesus Christ and continues to commit their lives to follow Him.

When someone accepts Christ, becoming a Christian, they are accepting the free gift of salvation. Upon salvation, an individual is forgiven of their sins, past, present, and future. They are granted eternity in heaven instead of eternity in hell. This is the most precious and gracious gift one could ever receive.

As Christians, we are called to portray the love of Christ to the world around us. John 13:35 states, “By this all people will know that you are my disciples, if you have love for one another.”

This is the one characteristic that should define someone that claims the title of Christian. Christians should strive for equality, liberty, and justice for all. They are called to study the Scriptures, the Word of God, to learn more about what the Bible says about justice, hell, heaven, and eternity. It is our responsibility as Christians to share the Good News of salvation with everyone we meet.

Unfortunately, many Christians today are shying away from the term ‘Christian’. This term has garnered many unfavorable connotations and implications over the years. While this may be the case, it is our responsibility to show the world around us the true definition of the term. We must work to exemplify the true mark of a Christian – our love for one another.

Instead of getting caught up in the politics of the religious world, we much look outside ourselves to the hurting world around us. We must be ambassadors of the Good News, never shying away from our calling to share Christ’s love and message of salvation with the world. In this way, we can redeem the term ‘Christian’ for a hurting world.

As Christians, we must continue to strive to become more like Christ every day, seeking to share His love and the hope of salvation with the world around us.

Thank you for reading! You can learn more about important topics such as what the Bible says about unintentional sin here.