Do You Have the Right to Defend Yourself? What You Need to Know 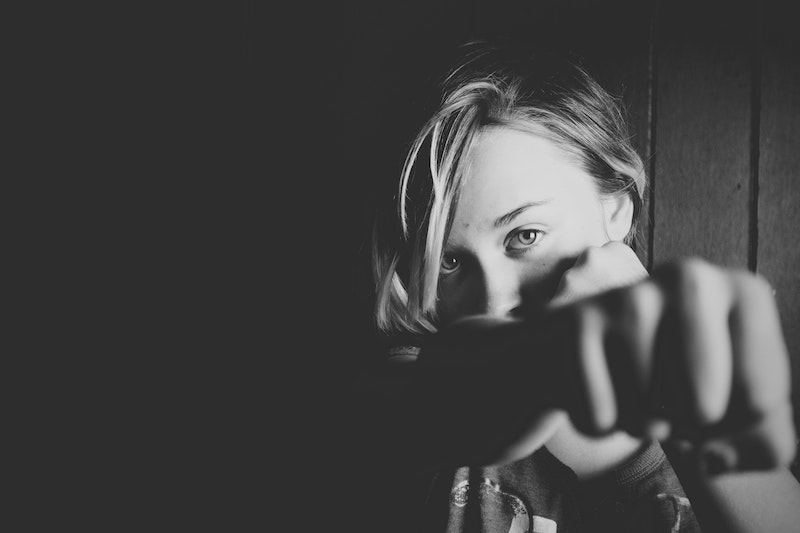 28 Sep Do You Have the Right to Defend Yourself? What You Need to Know

Posted at 17:17h in Knowing Your Rights by LibertyJusticeHQ 0 Comments
0 Likes
Share

As Americans, there are many rights and privileges that we have been given. It is important to develop a thorough understanding of these rights. Only through understanding our rights as American citizens will we be able to defend those rights as our society continues to change. One of the basic rights that comes under much scrutiny and questioning is the right to defend yourself.

What You Need to Know About Your Right to Defend Yourself

When Can You Act in Self-Defense?

The most important thing to understand is that there are specific situations in which it is legally acceptable for you to defend yourself. In situations other than these, your right to act in self-defense may not stand up in court. Our Constitutional right to the “security of person” protects our right to defend ourselves from harm in situations such as assault, battery, domestic violence, theft, or destruction of property.

Here are a few of the factors that determine the legality of your action of self-defense:

You Are in Immediate Danger of Injury or Death

Your right to defend yourself is protected if you are the victim of a verbal or physical threat that you believe has put you in immediate danger of injury or death. However, if the threat disseminates, your right to self-defense no longer applies.

There is Reasonable Fear of Danger

If any reasonable person would have acted in self-defense as a result of a threat, your right to defend yourself is protected. This would be determined after the incident by a lawyer. However, it is important to assess if you are reacting reasonably to a threat or if the perceived level of threat has been elevated in your mind.

You Are the Victim of An Unprovoked Attack

The primary factor in determining whether acting in self-defense is appropriate is if you are the victim of an unprovoked attack. If the situation escalated from an argument or other altercation, your right to self-defense will not likely be protected. However, in situations such as burglary, assault, or other unprovoked attacks, each person has the right to defend themselves and their property.

When acting in self-defense, it is important to know that the force used against the individual cannot be excessive or seen as an excuse to continue the attack. Actions of self-defense are to be sufficient for protection or preservation of life, but not for retaliation.

Various states and jurisdictions have laws regarding the application and use of self-defense. It’s a good idea to understand the laws and regulations that apply to your location. Here is a quick overview of a few of the self-defense laws you may find in your state.

What is Duty to Retreat?

States that implement a form of duty to retreat laws include the following:

What is Stand Your Ground?

States that implement a form of stand your ground laws include the following:

What is Castle Doctrine?

Castle doctrine and duty to retreat laws often go hand-in-hand. States that implement castle doctrine protect your right to self-defense as long as you are in your home or on your personal property. (Some states include your workplace or vehicle as part of the castle doctrine.)

States that implement a form of castle doctrine laws include the following:

Because states and governments are constantly making changes to their self-defense laws, it is wise to periodically check for any changes that you affect you.

The Second Amendment and Your Right to Self-Defense

It is important to understand that while the Second Amendment protects an individual’s right to bear arms for the purpose of self-defense, self-defense rules still apply.

Can You Get in Trouble For Acting in Self-Defense?

Unfortunately, not every action of self-defense will be protected by law. For this reason, it is important to fully understand the self-defense laws of your state. For example, if you lived in a state that imposes a duty to retreat, you may face negative consequences for your self-defense if the opposition can prove that you did not attempt to retreat.

Additionally, many people use self-defense as a justification for aggression. While they claimed the action they took was in self-defense, they are likely to face criminal or legal consequences. This is often known as criminal aggression and often results in a jail sentence.

What is Imperfect Self-Defense?

Do You Have the Right to Defend Someone Else?

Although states vary in their specific rules and regulations regarding this topic, most states protect your right to defend someone else if they are in threat of immediate danger. If you are a third-party in a situation that would qualify as a situation for self-defense, you can act in defense of the victim. Some situations that may require this type of reaction include kidnapping, murder, robbery, sexual assault, or other forms of danger.

Unfortunately, some instances of self-defense can be misconstrued or brought to the court of law. In this type of situation, you are likely to feel as if your right to defend yourself is in jeopardy. As an American, you have the fundamental, Constitutional right to self-defense.

As soon as you believe your right to self-defense is in jeopardy, it is important to contact a lawyer who will work alongside you to protect and defend your rights. With each passing year, our country continues to change. Because of this, many Americans, regardless of age, are unaware of their Constitutional rights.

Whether it’s your right to defend yourself that is in question, or your student’s cell phone privacy rights, education is the first step towards preservation. By educating yourself on your rights, and working to defend your rights, we can continue to build a county based on liberty and justice. Learn more about defending your rights through common sense rules for government here.