How Should Christians View Politics? 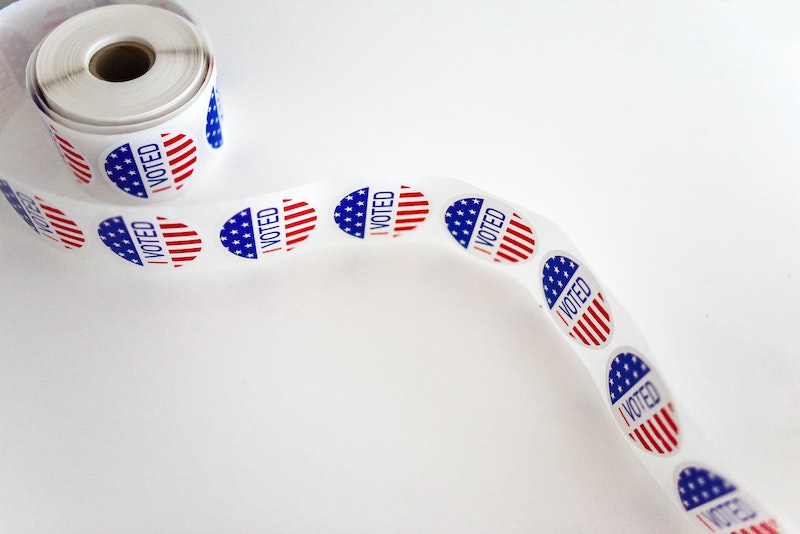 03 Dec How Should Christians View Politics?

Posted at 22:59h in Uncategorized by LibertyJusticeHQ 0 Comments
0 Likes
Share

A Christian View of Politics

In a time when Christians are being marginalized in society as a whole, we must stop and ask ourselves how we should view politics. The answer to this question can have huge implications for our faith and discipleship as well as for society’s moral fabric.

So, how should Christians view politics? Christians must view politics through the lens of the Bible, understanding that God is our ultimate authority while respecting the leaders He has selected. We must participate in politics in an attempt to better our country and the world as a whole.

In this blog post, we will discuss what the Bible says about government, how Christians have historically viewed politics, and how you can participate in politics as a Christian.

A Biblical View of Politics

As Christians, we must always view every topic through the lens of Scripture. So, before we dive into how a Christian should view politics, we must take a look at what the Bible says about the topic.

Romans 13 is one of the most important passages when it comes to understanding a Christian’s role in government. In Romans 13:12, Paul tells Christians that they are to submit to the governing authorities. He says “For there is no authority except from God, and those that exist have been instituted by God.”

This means that as Christians, we should obey the laws of the land unless they contradict Biblical principles. We should also pray for our leaders and thank God for them.

In addition to Romans 13, other verses speak to Christians’ role in politics. For example, Titus 3 instructs believers to be good citizens and Peter tells us to respect the powers that be.

Examples of Politics in the Bible

In addition to the Bible’s instructions on how Christians should view politics, there are examples of Biblical figures who were involved in government.

One important example is Joseph from Genesis 41-47. In this section of Scripture, Joseph becomes a prime minister for two pharaohs and saves his family during a time of famine by distributing food throughout the land.

Another example that demonstrates God working through political leaders is Esther being made queen after she pleads with King Xerxes to save her people from extermination at the hands of Haman, an adviser seeking revenge against Mordecai.

How Christians Have Viewed Politics Throughout History

Throughout history, there have been many examples of when and how Christians should participate in politics. Some people believe that Christians shouldn’t get involved with politics at all while others advocate for a separate political party based on Christian values. Let’s take a look at each view:

This viewpoint is held by some people who believe that we need to just “stick to the Gospel” and not worry about anything else such as politics or government.

In their opinion, getting involved with these issues will distract us from what matters – evangelism and discipleship. However, this does not seem very practical from an outside perspective. It seems like sticking close to God would be best done by sticking close to the laws that He has instituted (Romans 13).

Separate Party Based on Christian Values

Some Christians advocate for a separate political party based solely on Christian values. This idea is advocated in books such as James Robison’s “Blinded By Might” and organizations like the American Society of Church History.

This seems like an intriguing option. However, it would be very difficult to institute in practice because politics are so divisive already. Even if one was able to get enough people behind them, they would have little chance of being elected into office due to the larger political parties that exist today.

One of the most well-known examples of Christians in politics is America’s founding fathers. Many of these men were deeply religious and believed that the new nation should be based on Christian values.

For example, George Washington wrote, “Of all the dispositions and habits which lead to political prosperity, religion and morality are indispensable supports.”

Benjamin Franklin said “Only a virtuous people are capable of freedom. As nations become more corrupt and vicious, they have more need of masters.“

John Adams said “Our Constitution was made only for a moral and religious people. It is wholly inadequate to the government of any other.“

These quotes demonstrate how important Christianity was (and still is) to America’s politics.

To Which Political Party Should Christians Belong? In America today, we have several different political parties. The two most popular are the Republicans and the Democrats.

So, to which party should Christians belong? The answer to this question is not easy. There is no one-size-fits-all answer. It depends on your personal convictions as well as the specific situation you find yourself in.

Politics are a very divisive subject – even amongst Christians! Many hold to the belief that the Republican party is more “Christian”.

However, this may not always be the case. We should take a look at candidates from all parties during every election to determine which candidate most closely aligns with our religious beliefs.

The fact of the matter is this: there are Christians that belong to every political party. We should not feel guilty or ashamed of which party we choose to identify with as long as we believe that our choice is aligned with Scripture.

Additionally, your choice of a political party is a personal matter! Do not be swayed by the political affiliation of your family, friends, or even your church. Instead, make a decision based on your personal beliefs and convictions.

How to Participate in Politics as a Christian

So, we’ve discussed what the Bible says about politics and how Christians have historically viewed them. Now we will discuss where you fit into this discussion and how to participate in politics as a Christian.

As mentioned above, participation in politics is an important part of Christianity. It allows us to better our country and the world at large.

However, certain things shouldn’t be done such as compromising your faith for political gain or endorsing candidates who go against Biblical principles (such as abortion). Instead, there are things that you can do to be a good Christian citizen.

You can start by voting and informing yourself about the candidates and issues. Take time to learn about various candidates and see where they stand on the issues. You can also watch debates and read other people’s opinions about a candidate to better inform yourself before voting.

Another way to participate in politics is by being an activist. There are many different ways to do this, but some of the most common include writing letters to your representatives or signing petitions.

Far too often, people in America do not truly understand politics. We are often swayed by social media, the news, and other sources without truly taking the time to learn about the topics at hand.

One way you can participate in politics is by educating the people around you on the importance of their involvement. Share articles, start discussions and encourage others to learn about the candidates and issues.

Another way you can participate is by getting involved with your local government. Vote for those who will keep our country strong, uphold Christian values, and protect freedom of religion as well as freedom of speech.

Now more than ever, we need strong Christian leaders in politics. If you are interested in politics, consider running for office. It is an excellent way to change your city or country for the better!

There are many different ways to participate in politics as a Christian. We must do our best to be informed and active citizens who seek to improve not only our country but also the world. Let us all remember that as Christians, we should strive to love our neighbor as ourselves – even if they hold different political views than us.

Christians should view politics through the lens of Scripture. We must obey the laws of the land unless they contradict Biblical principles and pray for our leaders. We should also get involved in politics by voting, getting informed, and running for office ourselves. However, in doing so, we must stay true to our convictions. Do not be swayed by the temptation to “let others take care of politics”. We each have the civil responsibility to do our part in maintaining the freedoms we have been given in our nation.

As Christians in America, we have been given the tremendous blessing of having a say in our political system. Let us not take this blessing for granted, looking for ways to influence the future of our country through our involvement in politics!