Is Freedom Of Religion A Biblical Concept? 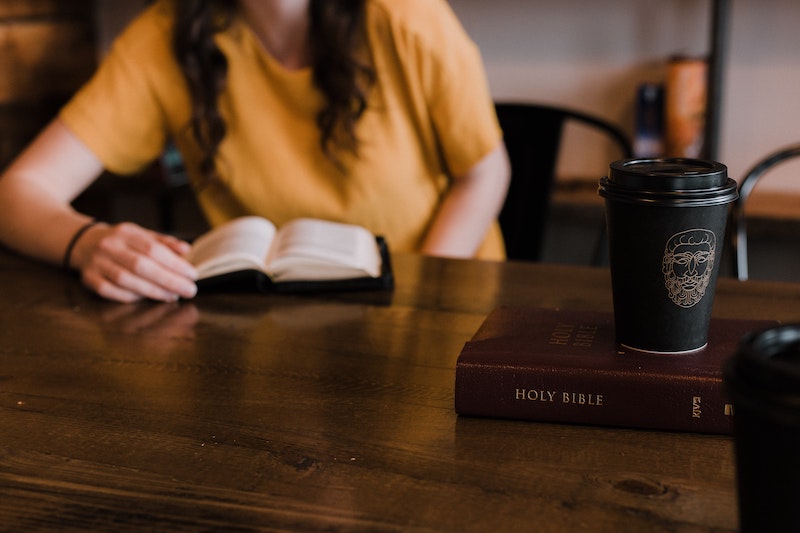 22 Sep Is Freedom Of Religion A Biblical Concept?

What the Bible Says About Freedom of Religion

Freedom of religion is a foundational principle in the United States. In a country founded on Christian values, it’s hard to believe some people are pushing for this freedom to be taken away. But what does the Bible say on this matter? As Christians, we must always look to the Bible for guidance on matters not only directly pertaining to religion but all areas of life.

So, is freedom of religion a biblical concept? The short answer to this question is yes, but it’s important to understand what the Bible says about the matter in order to get a clearer picture. A major theme in the Bible focuses on justice and love, which are both tied together with religious freedom.

For example, Jesus Christ commands us to “love thy neighbor as thyself” (Matthew 22:39), which means that we should have respect for others’ beliefs even if we don’t agree with them. This commandment could be interpreted as an indication that God wants believers to live in harmony and peace without persecution from one another.

What is Freedom of Religion?

In America, Freedom of Religion means that the government is prohibited from endorsing any one religion and there should be no laws favoring one group over another on religious grounds.

Freedom of religion has been interpreted as including the right to believe whatever you want about God but also includes the right for others to disagree with your beliefs without fear of persecution.

Freedom of religion is defined by Merriam-Webster as: “the right to choose what religion to follow and to worship without interference”. It allows individuals the privilege of peacefully living and demonstrating their religious beliefs in public and in private.

The Origins of Freedom of Religion in America

The origins of America’s Freedom of Religion date back to the late 1700s when the First Amendment to the United States Constitution was enacted. The First Amendment reads as follows,  “Congress shall make no law respecting an establishment of religion, or prohibiting the free exercise thereof; or abridging the freedom of speech, or of the press; or the right of the people peaceably to assemble, and to petition the Government for a redress of grievances.”

This important amendment to our Constitution established the separation of church and state. More importantly, it prohibited our government from making laws that enforced or prohibited any one religion. Because of the First Amendment, we are able to experience religious freedom today.

Why is Freedom of Religion Important?

As Christians, the answer to this question is quite clear. Freedom of Religion is important to us because it enables us to worship freely, share our beliefs, and act on our beliefs. However, religious freedom is important for unbelievers as well!

It may seem odd. However, the loss of religious freedom is not a topic that should concern only Christians. Freedom of Religion in America protects the individual religious beliefs of every American – whether they be Christian, Muslim, Jewish, or Athiest.

Without Freedom of Religion, Americans would be prohibited from living their beliefs and practicing freedom of thought.

Is Freedom of Religion a Biblical Concept?

We know that we must look at every issue not only through the lens of our personal beliefs and convictions but also through the lens of Scripture. While many assume that Freedom of Religion is a biblical concept, we must diligently conduct our own research on this matter.

We believe that, while it is not specifically addressed, religious freedom is a biblical concept. Through the Bible, God places a major emphasis on themes such as justice and love. These two topics are intertwined with religious freedom.

One great example of a command which indirectly addresses religious freedom is found in Matthew 22:39. When talking about the greatest commandment, Jesus states, “And the second is like it: ‘Love your neighbor as yourself.’”

To love our neighbors well, we must strive to live in peace and harmony with each other. While it is important that we speak openly about our beliefs and convictions, it is also important to have respect for others who have varying opinions.

The Biblical Role of Government

Additionally, God outlines several duties of government throughout the pages of the Bible. One such commandment is round in Romans 13:1-5. 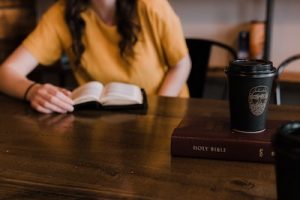 This passage reads as follows, “Let everyone be subject to the governing authorities, for there is no authority except that which God has established. The authorities that exist have been established by God. Consequently, whoever rebels against the authority is rebelling against what God has instituted, and those who do so will bring judgment on themselves.

They are God’s servants, agents of wrath to bring punishment on the wrongdoer. Therefore, it is necessary to submit to the authorities, not only because of possible punishment but also as a matter of conscience.”

From this passage, and similar passages throughout the New Testament, we learn that the Biblical role of government is to reward those who do good, punish those who are evil, and ensure that justice is served.

Promoting Freedom of Religion in Our Society

So, how can we promote Freedom of Religion in our society today? Many Americans are divided on the issue of religious freedom – unfortunately, this is largely due to misinformation on the topic. Christians understand the need for religious freedom and can become vehemently opposed to individuals who question this freedom.

Unbelievers, on the other hand, are often swayed to reject religious freedom. This is simply because they don’t believe that it influences their lives. Perhaps one of the most important things we can do to promote religious freedom in America is to educate those around us on the matter.

It is certainly true that our Freedom of Religion is under attack. We have had the tremendous blessing of experiencing religious freedom for centuries. This, however, may not always be the case. Because of this, we must actively support like-minded government officials who will work to protect this important freedom.

Research political candidates, take advantage of your ability to vote, and support these important officials while they are in office! Most importantly, we must pray for their strength, resilience, and determination amidst the persecution they may face for their beliefs.

The Future of Freedom of Religion in America

Many individuals look into the future of America with fear and dread. So many of our foundational beliefs and freedoms seem to be under attack. It can be hard to look into the future with optimism. As believers, we know that there will likely come a time when we come under persecution for our beliefs.

We certainly hope this is never the case. However, we must prepare to stand strong like our brothers and sisters around the world have done before us. We must defend our beliefs boldly and defend our freedoms. In doing so, we will ensure that future generations are able to experience the Freedom of Religion and the many other freedoms that we are so blessed to have in America.

The best way to respect others’ religious beliefs is to be open to having conversations with them regarding their unique beliefs and convictions on the matter. Speak the truth in love while realizing that only Jesus can turn their hearts towards Him.

Finally, understand that the best way to demonstrate the love of the Father is through respect and love. By demonstrating these values, we must continue to do our best to turn the hearts of those we meet towards Him.