What Are Christian Principles?

30 Jul What Are Christian Principles? 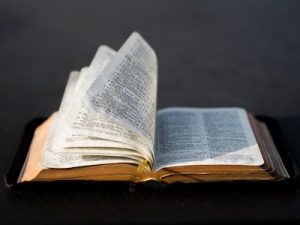 Many Christians in America and other parts of the world will say that the way they live their lives are greatly impacted by what they spiritually believe. Spiritual principles can impact how you view and treat anything from relationships, finances, work, volunteering, and any other part of your life. Understanding basic Christian principles can help you flourish in every area of life.

While these simple Christian principles may seem basic in concept, they can effect every area of your life, including your political stances and viewpoints. In this article, I’ll walk you through exactly what these principles mean and how they can play a role in the life you live.

Biblical Principle #1: God is the Creator of the Universe

The first biblical principle stated in the very first chapter of the Bible is that God is the Creator. He created everything in the universe, including mankind. All of Genesis 1, the first book of the Bible, discusses the process of how God created the world.

“By faith we understand that the universe was created by the word of God, so that what is seen was not made out of things that are visible.” – Hebrews 11:3

Evolution is based on the concept of “survival of the fittest.” If that were the case, that means certain humans would be more “evolved” than others. Biblical principle determines that ALL men were created by God and in the image of God. This would deem us all equal.

For we are his workmanship, created in Christ Jesus for good works, which God prepared beforehand, that we should walk in them. – Ephesians 2:10.

Not only did God create the universe but He also created man. In Genesis 1, it says that God created man in His own image. According to the Bible, one of the reasons mankind was originally created was to act as a ruler and a steward of the Earth!

And God blessed them. And God said to them, “Be fruitful and multiply and fill the earth and subdue it and have dominion over the fish of the sea and over the birds of the heavens and over every living thing that moves on the earth. – Genesis 1:28

God created the world for mankind. The animals, the landscapes, and the resources are all for us. In the current political climate, sometimes other creation gets exalted above mankind; however, it’s important to remember that God made everything in this world for us, not the other way around.

All that said, it doesn’t mean that we should just trash the earth and treat animals poorly. On the contrary! The Bible talks about how Adam’s job was to tend the gardens. God has given us the job of caring for the earth and the animals.

“for all have sinned and fall short of the glory of God” – Romans 3:23

Throughout the Bible, we see mankind throughout thousands of generations struggle with the fact that man has become separated from God. Ever since Adam and Eve were deceived by the Devil to eat the fruit from The Tree of the Knowledge of Good and Evil, man became spiritually separated from God.

God gave man free will, and with the free will, man decided that they had the authority to be like God and understand the difference between good and evil. Look where that got us. With understanding good and evil, mankind now has the “fallen” nature, or a nature that tends towards evil rather than good.

While Jesus has redeemed us from the curse and brought us back to our righteous nature, our flesh and that of others will stand tend towards evil. With this understanding, we can’t expect society as a whole to be able to move in a direction that isn’t evil. As much as I want to believe there is a utopia where everyone is at peace, I know that this will never exist on Earth, as the earth is fallen. One place it will exist though is in Heaven!

After seeing the Fall of Man, God knew He had to get us back. From the point Adam and Eve ate of the fruit, God put a plan into motion to redeem Mankind. When the designated time had come, He sent Jesus Christ to die for our sins and rise again. Jesus was both man and God, born of a virgin. Because of this, He could adequately represent both sides. He represented God to man and He acted as man to God.

Jesus died as a sacrifice for mankind. Since men had received the fallen nature, their destiny was spiritual death, an eternal separation from God. Since Jesus was able to represent man for God, he took the weight of the sin of mankind and died in man’s place.

Through Jesus, men are able to get back in relationship with God. They are able to overcome their fallen nature and live out of a righteous nature gifted to them by Jesus. They can have hope in the promise of Heaven and being with God for eternity.

“For God so loved the world that he gave his one and only Son, that whoever believes in him shall not perish but have eternal life.” – John 3:16

Biblical Principle #5: Christians Should Love Their Neighbors as Themselves

Throughout the New Testament, Jesus and the Apostles talk a lot about love. There are even entire chapters and books in the Bible dedicated to this topic, like 1 Corinthians 13 and 1 John. Jesus said the greatest commandment was to “love God and lover your neighbor as yourself.” Notice, His first piece of advice was to love God. Without knowing God and how He loves you, you can’t truly know what love is. To properly love other people, knowing God’s love is vital.

Sadly, in the political climate of today, there is so much hate thrown from both sides of the isle, even from fellow Christians! No one has been completely transformed and changed by hate. If you truly want to reach someone and help them understand how God sees them, it needs to be done through love.

After reading this article, you may be wondering whether Christians should be involved in politics are not. To learn what the Bible says about the topic, check out my article Should Christians Be Involved in Politics?