What The Bible Says About War 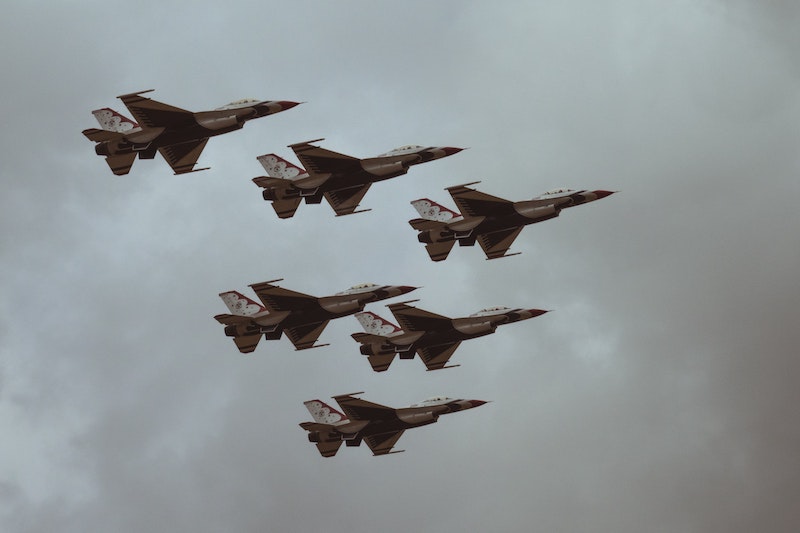 01 Dec What The Bible Says About War

One of the more complex topics to navigate as a Christian is what the Bible says about war. While we are not involved in any major wars at this time, many Christians have lived through times of war when they must determine their stance and conviction on the matter. As with all other areas of our lives, it is important that we develop a Biblical perspective on the topic of war. When is war justified? Should Christians ever support or engage in war?

What does the Bible say about war? While the Bible instructs us to “live at peace with everyone”, we are also commanded to protect human life. We know that God appoints our government and leadership to punish evildoers. Unfortunately, with many great evils in the world, there may be times when we are called to engage in war in order to protect human life while avoiding further evil.

So, what exactly qualifies as “just cause” for war? What about the Bible verses that seem to promote a passive approach to conflict? Most importantly, what about the commandment which states “you shall not kill”? In this post, we will answer these questions and more. We hope to provide you with insight and education into a Biblical understanding of war.

Understanding What the Bible Says About War

What Defines a War?

Merriam-Webster defines war as “a state of usually open and declared armed hostile conflict between states or nations; the art or science of warfare; a state of hostility, conflict, or antagonism; to be in active or vigorous conflict; to engage in warfare”.

As a general rule, war usually is used to define a conflict between two nations or countries. However, there are times such as the American Civil War, where a country may be at war against itself. While this is much more common in other countries, we have yet to see (and hopefully will never experience) another war within our own borders.

Both believers and unbelievers tend to fall into three camps when it comes to their stance on war. These views include activism, pacifism, and selectivism. It is important to establish an understanding of these viewpoints as well as learn the Biblical support for each stance.

Individuals with this viewpoint often cite Romans 13:1-2 as support for their stance. This verse reads as follows, “Let every person be subject to the governing authorities. For there is no authority except from God, and those that exist have been instituted by God. Therefore whoever resists the authorities resists what God has appointed, and those who resist will incur judgment.”

However, in the very pages of Scripture, we find examples of believers defying the orders of their government when it was in opposition to their Biblical convictions and beliefs. This is an act called civil disobedience. Because of this, we believe that activism is not the view of war supported by Scripture.

Directly opposed to the activist mindset, Christians who fall under the category of pacifism believe that believers should not support or participate in any war as it involves killing. At first glance, this view seems to be in accordance with many of the commands of Scripture. In support of their stance, pacifists quote Matthew 5:39.

This verse reads as follows, “But I say to you, do not resist the one who is evil. But if anyone slaps you on the right cheek, turn to him the other also.” However, in doing so, they fail to research the concept to which this verse was referring. In the first century, a slap on the face was intended as an insult, not a personal threat to safety. Additionally, this command is often taken out of context as it was directed to a specific group, not believers as a whole.

In plenty of passages throughout Scripture, we are called to protect and defend human life. Additionally, we learn that God appoints our government leaders to punish those who are doing evil. Because of this, we believe that pacifism is not the view of war supported by Scripture.

The third, and final, stance on war held by Christians is that believers should support and participate in wars that are considered “just”. This viewpoint is known as selectivism and is the stance that most closely mirrors the view of war supported by Scripture.

We will discuss what constitutes a war as “just” in the next section. However, we can easily find many Biblical examples of believers being commanded to enter war against aggressors. We know that God uses everything to accomplish His will, including the use of armies and war to free people from captivity.

There are many factors that qualify a war as “just”, as well as many steps that must be completed before engaging in war. The most important one is outlined in Scripture in Deuteronomy 20:10. This verse reads as follows, “When you draw near to a city to fight against it, offer terms of peace to it.” If all means of peacefully resolving the conflict are exhausted, war is often the only method of bringing justice against the aggressor.

While Christians should do their best to promote peace and eliminate conflict, this perfect ideal is unattainable in our sinful world. Because of this, Christians must work to establish a Biblical framework regarding war.

As mentioned previously, selectivism is the view on war that most closely mirrors what we learn in Scripture. Selectivism states that Christians should support and participate in wars that are considered “just”. But what qualifies a war as “just”?

While there are many variations of the original concept, the just war theory was primarily formulated by Christian theologians St. Augustine of Hippo and St. Thomas Aquinas. The just war theory provides us with a set of standards and justifications for when and why we engage in war.

Although there are many variations on this theory, there are a few points that remain consistent throughout the variations including the following:

As Christians, we believe that just war theory closely mirrors the Biblical stance on war as a means of protecting human life and prohibiting the furtherance of evil while striving to maintain peace with all people.

It is important that we take time to study the various examples and lessons taught throughout the Bible on topics such as war and conflict. Through these lessons, we can gather valuable lessons that will help as we build a framework for our view of war.

Matthew 10:29-31 reads, “Are not two sparrows sold for a penny? And not one of them will fall to the ground apart from your Father. But even the hairs of your head are all numbered. Fear not, therefore; you are of more value than many sparrows.” We know that all human life is precious in the sight of God. While some Christians believe this prohibits war, it is actually quite the opposite.

This command was issued to Noah following the great flood and still applies to our lives today. We are called to act in self-defense, protecting human life when it is in imminent danger.

Romans 13 is perhaps one of the most insightful passages on our view of and response to government. Romans 13:1-4 reads, “Let every person be subject to the governing authorities. For there is no authority except from God, and those that exist have been instituted by God. Therefore whoever resists the authorities resists what God has appointed, and those who resist will incur judgment.”

Verse 3 continues, “For rulers are not a terror to good conduct, but to bad. Would you have no fear of the one who is in authority? Then do what is good, and you will receive his approval, for he is God’s servant for your good. But if you do wrong, be afraid, for he does not bear the sword in vain. For he is the servant of God, an avenger who carries out God’s wrath on the wrongdoer.”

And in 1 Peter 2:13-14, we read, “ Be subject for the Lord’s sake to every human institution, whether it be to the emperor as supreme, or to governors as sent by him to punish those who do evil and to praise those who do good.”

From these passages, we learn that God has appointed government leaders to punish evildoers. While this does not always mean something as drastic as war, great evil may require this type of response. Although we may not always agree with the actions of our government leaders, we are required to respect them in their decisions unless they are requiring us to directly contradict God’s Word.

Bible Verses on The Topic of War

The best way to understand what the Bible says about war is to conduct your own study of the Scriptures. Here are a few Bible verses on war in which you can begin your study:

Through studying the Scriptures, we can begin to form our own convictions on war inspired by the truth found in the Bible. In doing so, we are able to more effectively share our beliefs with the people around us.

The topic of war is quite complex. Many Christians struggle to navigate the fine line between maintaining peace with all mankind while punishing evildoers. We discussed the three primary views on war, determining that selectivism is the view that most closely matches the Biblical perspective of war.

From studying the Scriptures, we find that we are commanded to protect human life, acting against aggressors that seek to cause harm. However, we must always strive to settle conflicts peacefully before turning to a more drastic solution. As with many other areas, we are called to respect and honor the government leaders that God has placed over us. He has called these leaders to punish evildoers, acting in accordance with His will, even when that purpose is not obvious to our human eyes.

Through our involvement in wars that are considered “just”, we can continue to promote liberty, justice, and equality for all – both in our country and around the world.