What The Bible Actually Says About Government 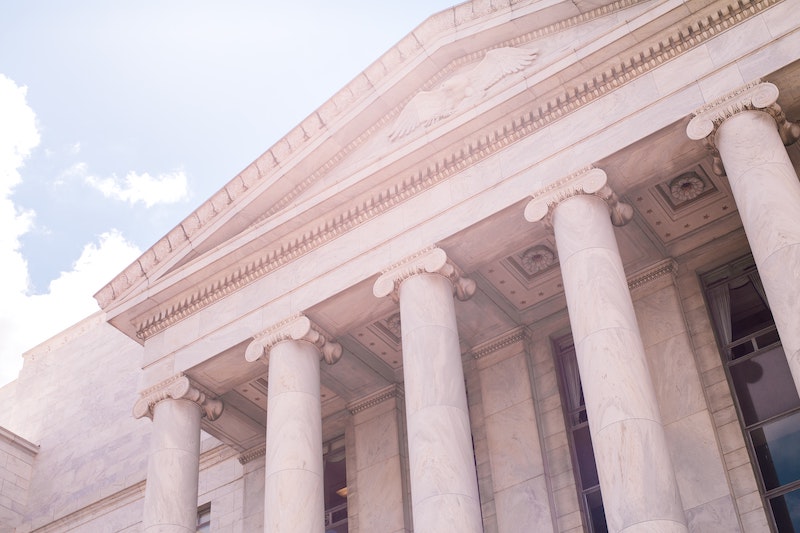 29 Sep What The Bible Actually Says About Government

Posted at 15:43h in Government by LibertyJusticeHQ 0 Comments
0 Likes
Share

What does the Bible actually say about government? We may not agree with every decision made by our government. However, the Bible clearly states that we must respect the governing authorities that have been placed over us. Although our duty is first to God, we must abide by the laws and systems put into place by earthly authorities.

So, what do you do when you believe that a law is morally opposed to your Biblical beliefs? What purpose does the government even serve? How should you navigate politics and government as a believer? In this post, we will share an in-depth look into what the Bible actually has to say about government and politics.

Everything the Bible Says About Government

Now more than ever, the government is a hot topic of conversation. With a quickly approaching election, great political unrest, and divisions that are separating our country, it is time to recenter our focus on what the Bible has to say about the topic. Developing an understanding of Biblical principles of government and politics can help us to center ourselves on the truth while navigating complex, emotional topics. 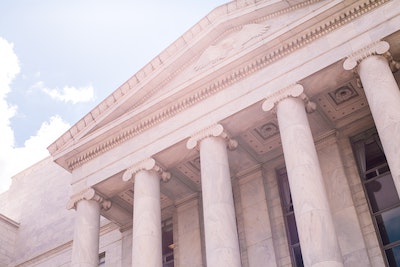 The first thing we must understand about a Biblical view of government is that, as Christians, we are instructed to respect government authorities, knowing that they were selected for positions of authority by God Himself.

Romans 13:1-3 says, “Let every person be subject to the governing authorities. For there is no authority except from God, and those that exist have been instituted by God. Therefore whoever resists the authorities resists what God has appointed, and those who resist will incur judgment. For rulers are not a terror to good conduct, but to bad. Would you have no fear of the one who is in authority? Then do what is good, and you will receive his approval.”

By respecting the authorities that God has put in place, we provide an example to the world around us. Of course, there are times when the government may ask us to do something that is morally against our beliefs as Christians. We will cover this topic later in this post.

Additionally, 1 Peter 2:13-16 states, “Be subject for the Lord’s sake to every human institution, whether it be to the emperor as supreme, or to governors as sent by him to punish those who do evil and to praise those who do good. For this is the will of God, that by doing good you should put to silence the ignorance of foolish people. Live as people who are free, not using your freedom as a cover-up for evil, but living as servants of God.”

We have a moral obligation to respecting the governing authorities that God has placed in positions of leadership. Ultimately, however, we must understand that our duty to God comes first.

We find a great example of this in Acts 5:27-29, “And when they had brought them, they set them before the council. And the high priest questioned them, saying, “We strictly charged you not to teach in this name, yet here you have filled Jerusalem with your teaching, and you intend to bring this man’s blood upon us.” But Peter and the apostles answered, “We must obey God rather than men.”

It is our ultimate duty to respect and obey the Biblical commands shared through Scripture. In Daniel 3, we read a compelling story of Shadrach, Meshach, and Abednego, three men who refused to place the king above their allegiance to God. Instead of kneeling to worship the golden image commissioned by King Nebuchadnezzar, these three men remained steadfast in their beliefs.

Because of their decision, the three men were thrown into a blazing fire. Although this was meant to end their lives, they were unafraid. In the end, God saved them and their testimony brought glory to God in the end. Shadrach, Meshach, and Abednego are an excellent example of placing their moral obligations above their obligation to government leaders.

Give to Caesar What is Caesar’s

Part of living in the United States is an obligation to pay taxes. Some Christians have a problem with this process. This is often because portions of the tax money may support organizations that do not align with their beliefs. However, as with many other aspects of government and politics, the Bible clearly states how Christians should view taxes imposed by the government.

And in Romans 13:6-7, “For because of this you also pay taxes, for the authorities are ministers of God, attending to this very thing. Pay to all what is owed to them: taxes to whom taxes are owed, revenue to whom revenue is owed, respect to whom respect is owed, honor to whom honor is owed.”

In these passages, we are able to clearly understand a Biblical view of taxes imposed by governing authorities. No one enjoys paying taxes. However, it is part of our responsibility as believers. Doing so provides an example for the rest of the world in paying taxes to whom they are owed. Learn more about why Christians should pay taxes here.

Pray For & Encourage Those in Positions of Leadership

One of the most important things we can do as Christians is to pray for and encourage those in positions of leadership. Whether at a city, state, or national level, holding a position is the government is highly stressful, especially in recent years.

1 Timothy 2: 1-4 says, “First of all, then, I urge that supplications, prayers, intercessions, and thanksgivings be made for all people, for kings and all who are in high positions, that we may lead a peaceful and quiet life, godly and dignified in every way. This is good, and it is pleasing in the sight of God our Savior, who desires all people to be saved and to come to the knowledge of the truth.”

It is easy to pray for governing authorities with whom you agree. However, it is just as important to pray for leaders who have beliefs that are in opposition to your own.

So, what do you do when the government is asking you to do something that is in direct opposition to your beliefs? How do you respect authorities while honoring our greater responsibility to God?

Unfortunately, there is great injustice and unrest in many areas of our world. There are groups of people, both large and small, who have been oppressed or ignored for far too long. It is our responsibility as Christians to peacefully resist injustice and defend those people who can not defend themselves.

By defending the fundamental and constitutional rights of all people, we can help ensure that our country is one of liberty, justice, and equality with a foundation centered on Biblical truth.

Understanding the Biblical Purpose of Government

If God is the ultimate judge, ruler, and leader, why do we need earthly forms of government? We know that God formed the earthly government to serve a specific purpose. Understanding that purpose can help us to better appreciate the government as a whole and its place in our world.

Government Was Established For the Good of the People

Throughout the Bible, we learn that God has established every existing form of government. Not only has He designed government for a specific purpose, but he also appoints the leaders that hold positions in every level of government.

One of the primary reasons that the government was established was for the overall good of the people. While God reigns as the final judge and ultimate authority, earthly forms of government exist to protect, serve, and create an environment in which people can thrive. Although this is not always carried out perfectly, our world is much better with leadership in place than it would be otherwise.

Without earthly forms of government in place, there would be no type of protection from or justice against aggressors. Our government officials are put into leadership to institute justice and protection here on earth. Doing so creates a more peaceful existence for us all.

Government is Often Sanctifying for Christians

Perhaps one of the most obscure purposes of government is the sanctification of Christians across the world. As history moves on, government leaders at various levels have challenged both the church and Christians as a whole. There are many examples throughout the pages of Scripture of Christians who were put in situations asking them to disobey God or government. We would be blind to not see similar situations in our world today.

From the example of Daniel, Peter, the Wisemen, and others, we learn that, in some cases, disobedience of the government is necessary in order to stand by our religious beliefs.

Most Americans face little religious persecution or sanctification today. However, we know that the time is drawing near where this will become more of a reality. By viewing the government as an opportunity for sanctification, we can maintain a proper view of the situations in which we may find ourselves.

Navigating Politics As a Christian

As Christians, especially in our day and age, it can be challenging to know how to properly navigate politics. With so much information bombarding us on a daily basis, how do you know how to respond? What are our political responsibilities as Christians? Should religion and politics be separate issues?

Especially for the younger generation, learning how to properly navigate the current political climate can be quite intimidating. However, I believe that it is our responsibility to do so, ensuring that our country remains true to its foundational beliefs.

As a Christian, we must carefully research and educate ourselves on political candidates. It is important to make sure that their views and beliefs align with our own before we support their leadership. We must not be swayed by the “popular choice” or what is culturally acceptable. Many people are under the belief that politics and religion should never intersect. This is simply not true! As a believer, your Biblical beliefs and moral convictions should filter every area of your life, including politics! Every decision must be viewed through a Biblical lens.

Voting As a Christian

With a presidential election looming in the very near future, many Christians are unsure of how to proceed. Whether you agree with one candidate, neither candidate, or see value in both of their views, it is a complex issue.

There is one thing we know for certain: this world is not our home. If something feels off in your heart and mind, there is a simple explanation. No earthly leader, regardless of their political or religious beliefs, will ever satisfy. Still, we must do our best to vote for political leaders who represent our views and beliefs as Christians.

Navigating the complex emotions, social events, and obligations during an election season can be tricky. However, we must remain steadfast in our beliefs and bold in our convictions. Only in doing so will we be able to impact and influence the people around us.

Learning More About Our Biblical Response to Government

Are you interested in learning more about protecting your rights? Do you have questions about foundational rules for government? We are proud to be your resource for promoting liberty, justice, and equality for all. Only through education will we be able to protect and promote freedom.