How Does Christianity Affect Politics? 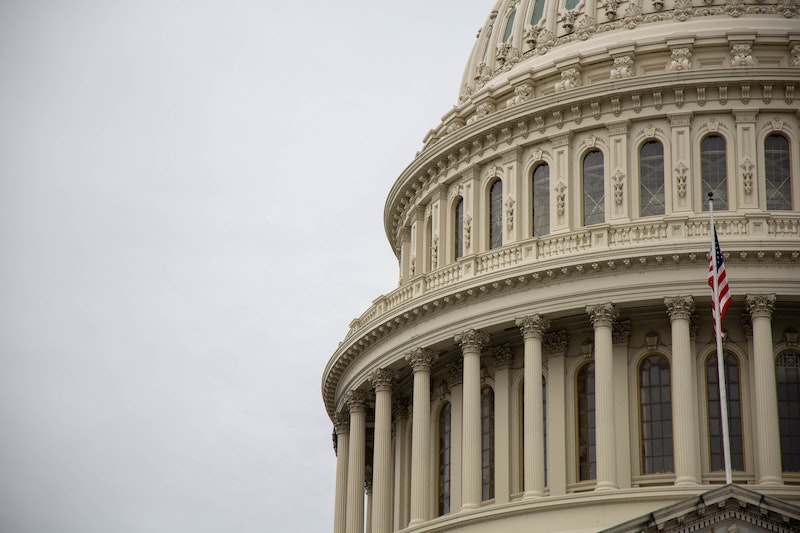 03 Sep How Does Christianity Affect Politics?

Understanding the Influence of Christianity on Politics

As Christians, we believe that everything we do is rooted in, and influenced by, our faith. But, should this be the case? Does Christianity influence our political beliefs? It is simply a fact that Christianity has had a significant impact on politics. From the perspective of many Christians, there is no separation between religion and politics.

But how does Christianity affect politics? There are different perspectives to answer this question. For instance, some believe that Christian values should be applied to all areas of life including governance and legislation (theocracy). Others argue that the relationship between church and state should be limited; they claim that religious beliefs should not interfere with public policy decisions (separationism).

Our hope is that this both enlightens and encourages you to participate in politics at a local, state, and national level. Only in doing so will the influence of Christianity continue to be experienced in our world as we know it.

The Influence of Christianity on Politics

The first question we must address is “does Christianity have a place in politics?”.

As I have previously mentioned, I believe that our faith should influence every area of our life – including, and especially, our political affiliation. However, Christians should not look to influence governmental policies with their own personal desires or opinions (separationism).

The government’s job is to protect our God-given rights as Americans by enacting laws within the guidelines of the Constitution. Our job is to fight to defend and protect these rights in the midst of tumultuous cultural changes that threaten the freedoms we hold so dear.

There are generally two beliefs when it comes to religions’ rightful place in politics: theocracy and separationism.

Theocracy, as defined by Merriam-Webster is the “government of a state by immediate divine guidance or by officials who are regarded as divinely guided“. Christians that support this system believe that the Bible is the ultimate authority for all matters of life. This includes politics, education, family values, and business practices.

The other option is separationism. Separationism can best be described as secular humanism or atheism where religion has no place in government whatsoever. The idea behind this philosophy is that if God does not exist then He cannot guide us through politics.

Individuals who support the ideology of separationism believe in a strict separation of church and state. They believe that religion, and thus religious beliefs, have no rightful place in politics or government.

Another form of government that is not frequently discussed in the Christian community is pluralism. Pluralism, as defined by Merriam-Webster, means “the condition or fact of being several rather than one“. This philosophy believes that all forms of belief systems and religions should be accepted with equal respect such as Christianity, atheism, Hinduism, etc.

Everyone has their own opinion on how they feel about religion and politics mixing. Because of this, the only way to find common ground is by upholding respect for all belief systems. Whether you are religious or not is up to you; no one should force their particular beliefs onto another individual if it goes against what that person believes in.

Of course, we as Christians, know that there is one true religion. While our country must provide equal freedoms for all religions, we must work to share the truth about salvation through Jesus Christ alone.

Should Christians Only Vote for Christian Politicians?

It is possible to have a Christian politician who serves the people justly and with kindness while staying true to their own beliefs. However, this doesn’t mean that all Christians should automatically vote for any candidate of faith simply because they are religious.

It goes without saying that there will be some politicians who may use religion as a reason or justification to be in politics. Voters must be able to discern the difference between politicians who truly believe what they preach and those whose religious values don’t align with their political decisions.

The ultimate goal when it comes to upholding common ground is by having an open mind about other people’s beliefs. However, at the same time, you must stay true to your own.

What About Separation of Church and State? 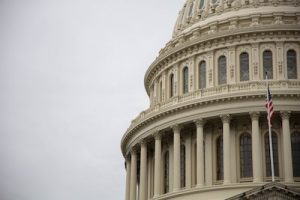 As ordained by the United States Constitution, there is a clear separation between church and state. This means that while Americans are free to express or practice their own beliefs without persecution from the government, it would be against the law for religious leaders to have any involvement in elections – including endorsing candidates – because this could cause them to become guilty of corruption.

Even so, there are still many politicians who want to use their faith as a way of campaigning for more votes. And this can be problematic because even if they themselves don’t believe that God wants them to run for office or tells them what kind of policies they should support, some voters will feel like it constitutes an official endorsement by the church and will feel like they must vote for them.

God’s will is more important than what we want and our desires should not overshadow His sovereignty. After all, He created the entire world and has a plan that stretches into eternity past and future; it would be arrogant of us to think that we can know better than God about how things should be.

As Christians, we must vote for our faith and what God has said in the Bible is right over everything else that might appeal to us. The most important thing about Christianity’s relationship with politics isn’t necessarily who wins or gets elected; it’s remembering why we even have governments in the first place: so they can serve humanity the way they were designed to.

How Christianity Has Influenced Our Nation’s Government

The foundation of the United States is Christian principles. God loves justice, but He also loves mercy; this means that although there should always be consequences for our actions, the punishment should never outweigh what was done.

The founding fathers of America wanted to make it clear that there would be consequences if people didn’t follow God’s plan. However, they also knew that no one could ever fully live up to those standards themselves. And on top of that, they knew their own sinfulness.

Even the Constitution itself was written to protect people’s right to live according to God’s word – no matter what religion or denomination that might be. It doesn’t say “there is no god” because it protects everyone. Instead, it talks about how our government should not have power over our beliefs.

How Christianity Has Influenced Political Parties

Far too often, Christians use their beliefs to justify their involvement in a certain political party. This is divisive and oftentimes destructive.  Voters must be able to discern the difference between politicians who truly believe what they preach and those whose religious values don’t align with their political decisions.

Political parties should not be based on religion, but rather beliefs in key issues like equality for all or fiscal responsibility. People of faith shouldn’t let anything separate them from their faith or make them ashamed of it.

When a politician tells you they are Christian, don’t think that makes them perfect and without sin. Instead, look at the things they support through a Biblical worldview with an open heart and mind to see if that aligns with your beliefs in what is truly important-  not party affiliation.

It is not often shared as truth. However, devout Christians can belong to any political party as long as they receive their guidance in their positions and beliefs by Christ.

How Should Christians Involve Themselves in Politics?

Some Christians have a hard time deciding how to involve themselves in politics. Christians must pray for their leaders and ask God to guide them as He guides us through His Holy Spirit. After taking the prayer step, it’s time to take action by voting with your Christian values in mind- not just party affiliation.

Vote for the candidate who best represents your Christian values, not just a political party. This is how you can make an impact in politics and keep yourself connected to Christ at all times.

As Christians in America, we must continue to involve ourselves in politics. We must base our political stance on the truths found in Scripture. We understand that God has ordained our leaders and government authorities. It may not always seem to be the case. However, we know that He has a perfect plan that is carried out by authorities that He has put in place.

We must continue to involve ourselves in politics at a local, state, and national level – knowing that our impact can influence positive change for our country.