What The Bible Says About Overthrowing The Government 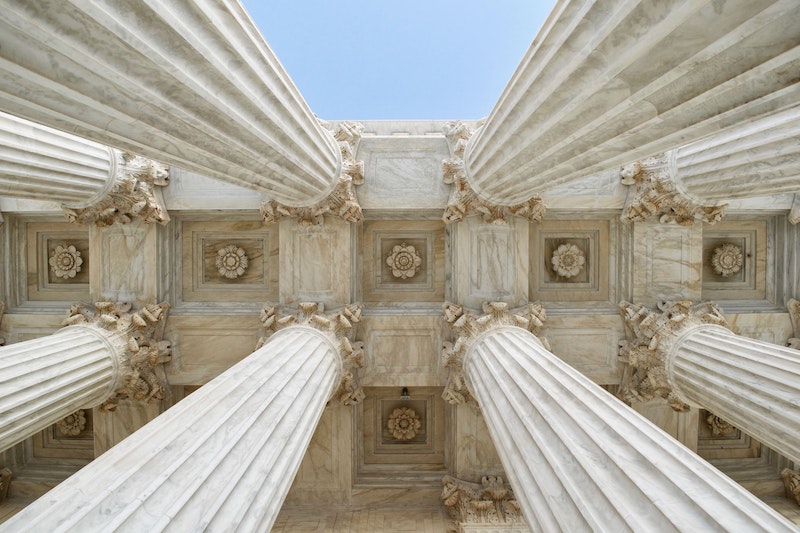 22 Oct What The Bible Says About Overthrowing The Government

Posted at 19:52h in Government by LibertyJusticeHQ 0 Comments
0 Likes
Share

What does the Bible say about overthrowing the government? Throughout the Bible, we find countless passages outlining the importance of government and how we should respond to our government leaders as Christians. We are commanded to respect the authority placed over us, as it was put there by God Himself. However, if the government commands something that is against our religious beliefs, we are to honor God over earthly authority.

As Christians, we may disagree with some of the policies and procedures enacted by our government officials. This does not necessarily mean, however, that we have the right to disregard or disobey these rulings. In this post, we will discuss what the Bible says about government and our proper response as Christians. We will also cover some Biblical examples of rebellion against corrupt governments throughout history.

Understanding a Biblical View of Overthrowing the Government

Before we take a closer look at what the Bible says regarding disobedience of the government or overthrowing the government, we must first establish a Biblical view of the role of government in our lives.

The Bible has plenty to say about the government. As Christians, we find encouragement in hearing the stories of believers who went before us with similar struggles. It may seem as if the government continues to worsen. However, believers have struggled with the role of government in a Christian’s life for centuries.

What the Bible Says About Government

Romans 13:1-7 states, “Let every person be subject to the governing authorities. For there is no authority except from God, and those that exist have been instituted by God. Therefore whoever resists the authorities resists what God has appointed, and those who resist will incur judgment. For rulers are not a terror to good conduct, but to bad. Would you have no fear of the one who is in authority? Then do what is good, and you will receive his approval, for he is God’s servant for your good.

But if you do wrong, be afraid, for he does not bear the sword in vain. For he is the servant of God, an avenger who carries out God’s wrath on the wrongdoer. Therefore one must be in subjection, not only to avoid God’s wrath but also for the sake of conscience. For because of this you also pay taxes, for the authorities are ministers of God, attending to this very thing. Pay to all what is owed to them: taxes to whom taxes are owed, revenue to whom revenue is owed, respect to whom respect is owed, honor to whom honor is owed.”

This is perhaps the most descriptive passage outlining the government’s role in our lives. In this passage, we learn that God has appointed authority over us to serve a specific purpose. In resisting government authorities, we resist the very thing that God has appointed in our lives. We are to respect and honor the authority above us, regardless of if we agree with their policies or not.

Obeying the Government When It Contradicts God’s Word 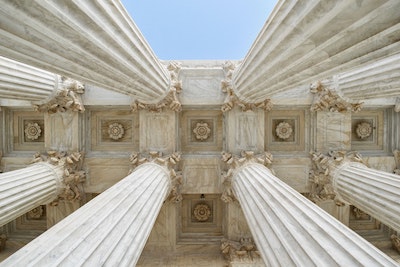 While the Bible has much to say about obeying the government placed in authority over us, it is also clear in stating that greater than our obligation to governing authorities is our obligation to God. In Acts 5:29 we read, “But Peter and the apostles answered, ‘We must obey God rather than men.’”

Because of this, many Christians throughout the centuries have been obligated to stand up for their beliefs when asked to do something in contradiction to their convictions. For example, in Daniel 3:18, Shadrach, Meshach, and Abednego stated, “But if not, be it known to you, O king, that we will not serve your gods or worship the golden image that you have set up.”

And, when commanded to kill the sons born to Hebrew women in Exodus 1:17 we read, “But the midwives feared God and did not do as the king of Egypt commanded them, but let the male children live.”

Is It Against The Bible or Just Your Personal Beliefs?

As Christians in America, we are fortunate to still have an enormous amount of religious freedom that protects us from extreme experiences such as these. However, I believe a time is coming where we will have to stand up for ourselves and our religious convictions. How do we respond in these situations?

This is an area that requires much discernment and a thorough knowledge of God’s word. There will always be times when we do not agree with the policies and procedures put into place by our governing authorities. This is not automatic means for disobeying these laws, however,

We must carefully assess whether the government is commanding that we do something that is in contradiction to God’s Word. Examples of this could be things like abortion, lying under oath, or several other things. These are times when we must count the cost, honoring the Word of God above all else, regardless of the consequences. This is called civil disobedience, an intentional act of disobedience due to a higher conviction.

However, there are other times where a command may simply be against your personal beliefs. While it may be difficult, we must remember that in these situations, we must still honor, respect, and obey the government as the authority given to us by God. The Bible does not condone, in any way, civil disobedience as a result of our personal beliefs.

In any situation, it is always better to seek legal solutions to our disagreements than acting in civil disobedience unless we have no other option. As Christians, we are called to be respectful and peaceful. To honor those in authority above us to the best of our ability.

Our Duty to Government as Christians

So, as Christians in America, what is our Christian duty to the government? There are several things we find throughout the pages of Scripture regarding this topic.

Pray for Our Leaders Regardless of Beliefs

First and foremost, it is our responsibility as Christians to pray for our government leaders regardless of their beliefs. 1 Timothy 2:1-2 urges us to pray for our leaders, “First of all, then, I urge that supplications, prayers, intercessions, and thanksgivings be made for all people, for kings and all who are in high positions, that we may lead a peaceful and quiet life, godly and dignified in every way.”

God has placed each government authority in their respective positions for such a time as this. While we may not agree with the policies or procedures, we must provide a Godly example to those around us.

In our current political climate, it seems as if all respect for the government has disappeared. As Christians, we find several commands throughout Scripture to respect those in authority over us. We must develop an understanding that God selects those individuals for their unique positions. It may be challenging to respect leadership with whom you do not agree. However, this is exactly what we are called to do.

Respect for the government may look like refraining from conversations that reflect poorly on leadership, paying our taxes on time, abiding by rules and regulations, and many other things.

Stand Up for Religious Freedoms Within Government

With a presidential election quickly approaching, it is more important than ever to stand up for our religious freedoms. As Christians in America, we have the privilege of participating in the selection process for our government officials. It is important to remember that this is not a privilege Christians in other countries experience.

There are countless ways to stand up for and protect our religious freedoms and Christian foundation. First, inform yourself about current political issues. Equipped with accurate information, you can encourage those around you to participate in government with greater confidence.

Second, take advantage of your right to vote! Far too many Americans, including Christians, do not prioritize this important freedom. Carefully educate yourself on candidates at all levels of government and vote for those who most closely align with your personal beliefs and religious convictions. By contributing to society in this way, we can continue to work towards a country that values equality, liberty, and justice for all.

There have been countless times throughout history where Christians have been tempted to act in rebellion against their government leaders. We must remember that it is important to respect the authority that is put in place by God Himself. We are to obey their commands unless they directly contradict God’s Word.

In situations where the government commands Christians to disregard the Word of God and their religious convictions, they are to act in civil disobedience if there is not a peaceful solution. At no point in Scripture does the Bible approve of a Christian overthrowing the government.

By working together towards a country based on sound principles and doctrine, we can continue to protect our religious freedoms and the Christian foundation on which our country is built. You can learn more about common-sense rules for government here.